Grammy-winning rapper Eminem, Migos, The-Dream and a few other high-profile acts are coming through for Big Sean. The Detroit native has secured major collaborations for his upcoming I Decided album. Earlier this month, Sean dished out details on landing Slim Shady for his upcoming solo release.

“Eminem was the only person I heard that could be on that song,” Sean said referring to a new tune called “Favors.” “He lit it up. He went on there and – it kind of reminded me of why I am such an Eminem fan and it reminded me of why I fell in love with Eminem’s work. It’s just the way he, he’s unique, he’s special. New flows. And that’s what I’m thinking. When I first heard him, I feel like he was bringing new flows to the game. So when he did this verse, it just brought that feeling right back.” (Beats 1)

A few days prior, Sean announced his upcoming I Decided national tour dates. 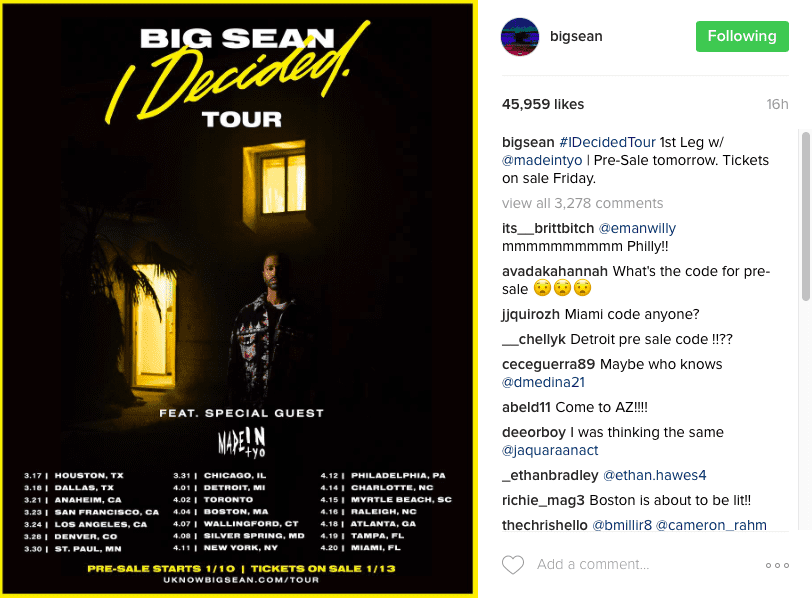