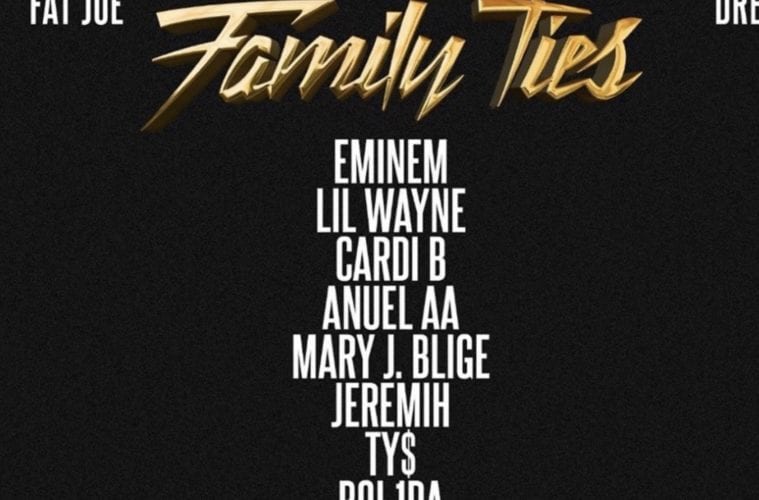 Grammy-winning rappers Eminem, Lil Wayne and Cardi B are going to have a huge presence on the upcoming Family Ties album. Terror Squad leader Fat Joe has treated fans to a sneak peek at his new LP’s guest features.

On Thanksgiving, Joey Crack lit up his Instagram page with the big reveal.

In October, Joe announced his album’s release date and hinted at it possibly becoming a final solo effort.

Fat Joe has revealed the release date for his latest album, Family Ties, due out on December 7 – and also said that Family Ties may be his final album. Joe also teased a “big” collaboration on the album — a name he doesn’t want to reveal just yet.  Earlier this month, he shared the music video for his latest single ‘YES‘ featuring Cardi B and Anuel AA. (Blues 93.1)

A few weeks ago, Joe admitted he once had a chance to sign Eminem.