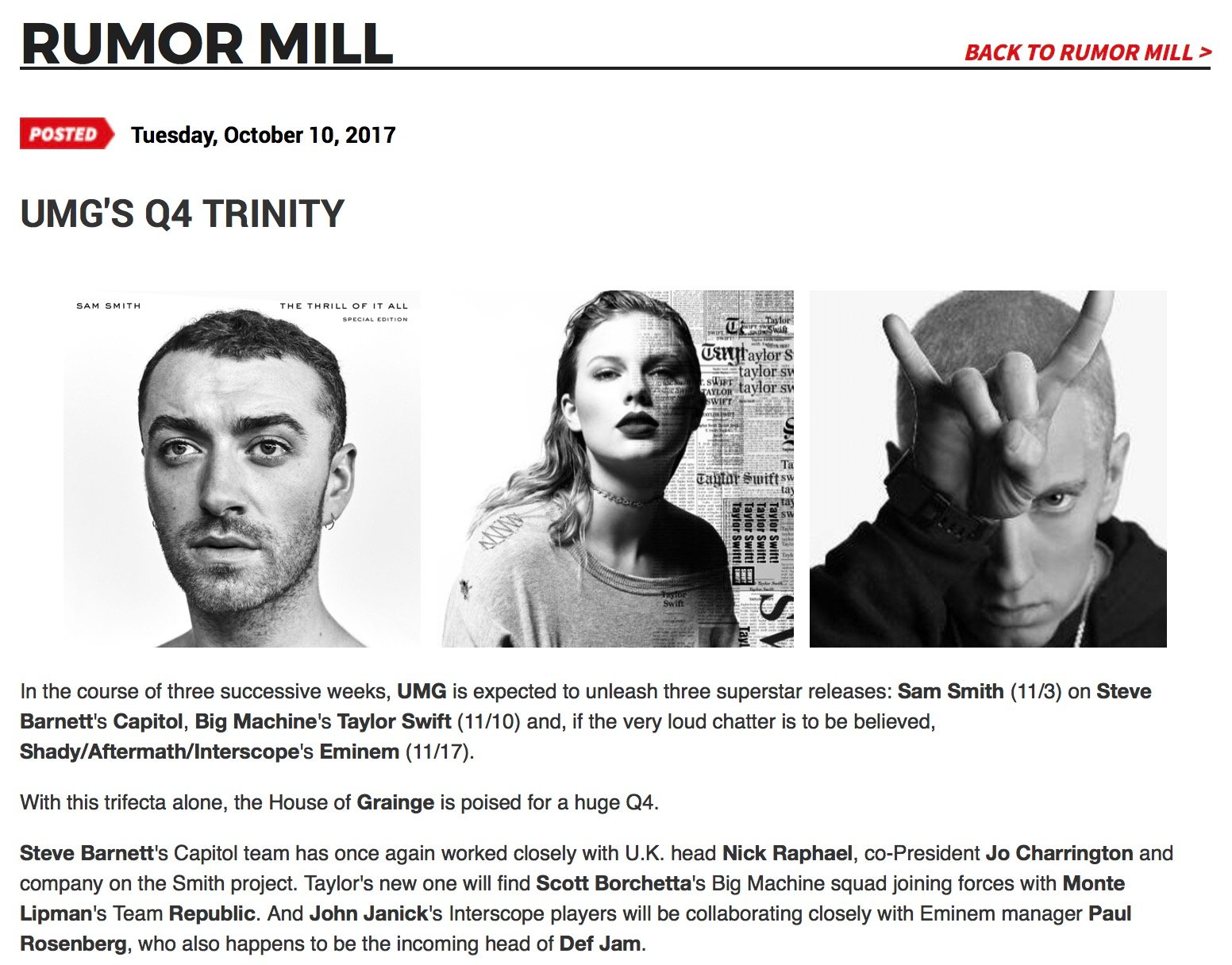 Complex reached out to Denaun Porter, who said that his statement that Eminem was “done” with his new album was simply him joking with interneters who kept asking him about status of the long-awaited project. “They trolled the shit out of me the whole time,” he explained. “Anytime they come in there, they can expect to get trolled with any kind of question like that,” the producer said. “I’m never the person to give up that kind of information. I might say, ‘Hey, we’re working on it’ or ‘Hey, we’re close.’ But I’m never going to be the guy that gives up the information. But they can get trolled.” (Complex)

Back in August, buzz developed about the potential release date for Em’s next solo album.