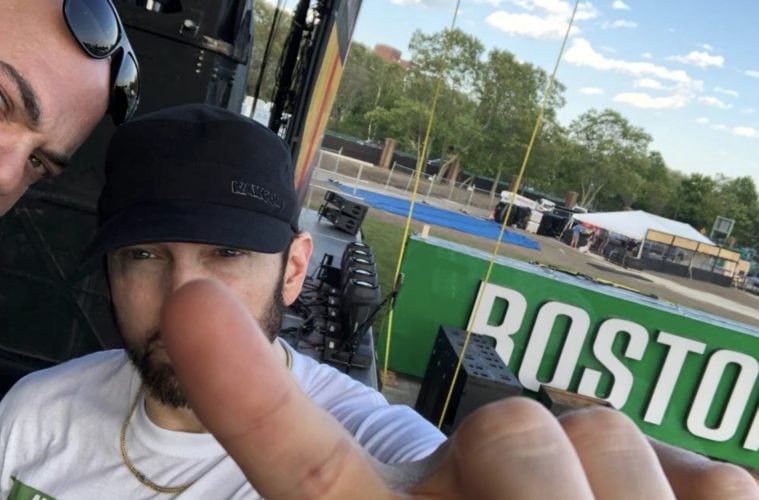 Grammy-winning rapper Eminem is keeping Juice WRLD‘s legacy alive. The hip-hop veteran has dedicated his new Music to Be Murdered By album in the memory of late Chicago rap entertainer.

On A Related Note: Recently, Em released his Juice WRLD-featured “Godzilla” single to the masses.

Wait, There’s More: On Thursday, Slim Shady hit up his social media pages to downplay people taking his Music to Be Murdered By album content too literally.

Before You Go: Based on new estimates, Slim Shady’s LP will easily bank nearly 300,000 copies and secure a top debut in its opening week.