The life of Wandrea “Shaye” Moss, a former Georgia election worker who became the target of a conspiracy theory spread by former President Donald Trump and his lawyer, Rudy Giuliani. These fabricated accusations from Trump and Giuliani said Moss, who had been a Fulton County Elections Department employee since 2017, had processed fake ballots for Joe Biden.

Giuliani spread false claims that Moss handed her mother a thumb drive “like they were vials of heroin or cocaine.” Moss clarified that Freeman handed her a ginger mint in Tuesday’s Testimony.

“It’s turned my life upside down. I no longer give out my business card… I don’t want anyone knowing my name,” Moss testified in front of the committee. “I don’t go to the grocery store at all. I haven’t been anywhere at all. I’ve gained about 60 pounds. I just don’t do nothing anymore.”

“I second guess everything that I do. It’s affected my life in a major way — in every way. All because of lies,” she added.

Moss was forced to go into hiding and change her appearance after she started receiving threats, ultimately leading up to her leaving her job.

The threats and harassment were relentless, ranging from Facebook threats to pizza delivery scams; they had penultimately reached Moss’s grandmother. Freeman had called Moss one day to say people had knocked on her door and tried to push into the home in search of Moss and Freeman.

Freeman attended Tuesday’s hearing but did not testify in person, but an earlier testimony she made in a video was played to the committee during the hearings. She said that she had to be moved from her house due to threats brought on by Trump.

Freeman no longer uses her name in public after years of building up her brand in both her community and small business.

The rapper and activist Killer Mike went on Instagram live with Black News Channel reporter Tezlyn Figaro. He discussed the importance of black voters mobilizing for the 2020 election in Atlanta and nationwide.

ATL rap veteran, social activist, and pundit Killer Mike is urging historically underrepresented black and brown communities to get out to the polls and use their political power. 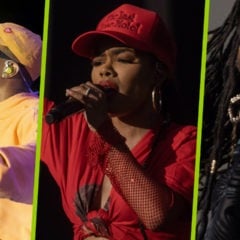 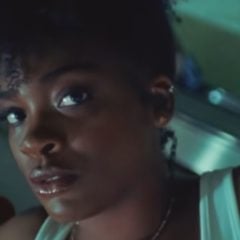