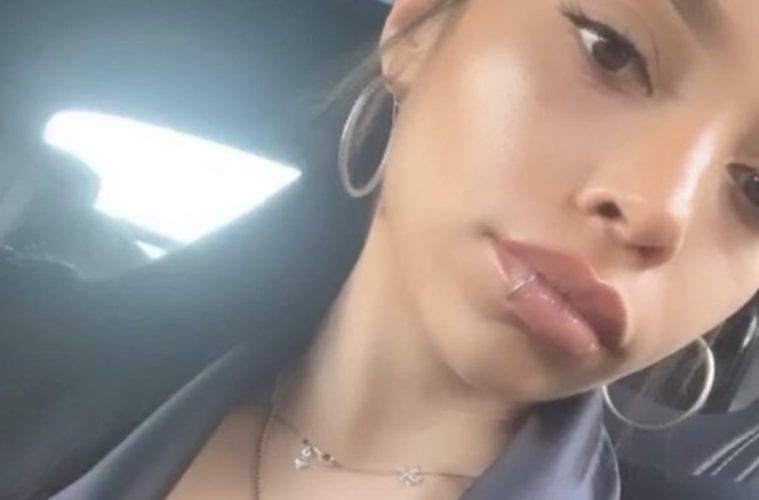 Over the past few hours, Henree has relied on social media to speak out. While she has embraced Meg keeping Eazy’s legacy alive, Wright took specific aim at her team for trying to make bank off the record without looking out for his family.

“I’m straight bothered and I don’t really get bothered. But I’m not bothered by these dope a** artists that’s making these dope ass pieces of merch or these dope a** musicians who are making these dope a** songs. As long as y’all are paying homage to my father, I fuck with that. 100 percent, right? What I’m bothered by is the people in the background who pushed the ‘OK’ button and say, ‘Go ahead and drop it, we co-sign it. We write off on it.’ ‘Cause he got kids that y’all won’t write sh*t off for. We’ve been trying forever.” -Henree Wright’s Instagram

Ebie didn’t waste time and went to her Instagram page to speak out. Despite supporting Meg paying homage to Eazy’s legacy, Ebie couldn’t hold her sister down for trying to speak on her behalf over the situation.

“👏🏼 you got my support @theestallion #GirlsInTheHood Everybody talk that BIG SH*T on the internet but ain’t NOBODY making REAL moves in REAL LIFE !!!! Ain’t nobody PRESSING TOMICA WOODS (who already stole my mom’s @tracyjernagin story in Straight Outta Compton) or my father’s ESTATE BUT ME !!!!! I can’t keep letting ya’ll front ! All these “family members” ain’t built like ME and MY DADDY !!!! Just wanna ride off his name .. f*ck that and f*ck all y’all that’s with this fake sh*t . THIS IS MY REAL LIFE !!!!! Been through so much the last 25 years … I’ll be damned if I keep letting some girl my father didn’t even know keep JUMPING on this internet trynna tell MY STORY !!!!!! And don’t even be telling it properly because she didn’t experience the sh*t ! DOCUMENTARY coming soon !!! 4 part series … you will all know the real and what WE had to deal with and are still going through till this day !!! STOP GIVING THESE PEOPLE PLATFORMS WITHOUT FACT CHECKING ! Ain’t no clout sh*t happening when it comes to Eric “Eazy-E” Wright if I have anything to do with it !!!! People gotta stay in their place !!! Disrespectful a**es . Y’all wanna know how to change sh*t ????? Get off the internet frontin and come see his REAL DAUGHTER who’s been fighting to fix his legacy since March 26th 1995 ! #WeWantEbie#RealOne@ejking21 let Meg know I’m ready for the record 🎶🔥 #ahhhhh” -Ebie’s Instagram

“The past 10 years this girl has been delusional. ebie you gotta grow up . We got bigger things to handle . Stop with the jealous sh*t . I’m sparing you. I’m being kind cause I was raised right . And I don’t beef on the internet . I was raised in the streets & that’s not how we handle people . We don’t do this cap A** sh*t you on. NO BODY GIVES AF ABOUT WHAT YOU TRYIN TO DO!!!! They laughing at you . 🧡 love you though imma pray for you . I promise I wasn’t going to go hard on you . And I’m not going back and forth on ig. Bang my line . Been saying that since day one BIG SIS 🦁 OH AND I F*CKIN LOVE @theestallion …. don’t misconstrue my words .” -Henree Wright’s Instagram

Over the past few days, Meg has teased snippets of the “Girls In The Hood” single. She also let fans know there’s a music video ready to accompany the audio gem.