Drake’s “Views From The 6” Finally Gets A Release Date

According to reports, the highly-anticipated release may land in retail outlets on January 6 based on a new viral video teaser.

Drizzy hinted at a possible January drop date on his “30 for 30 Freestyle” song.

Fans will recall Drake proclaiming, “But just know it’ll be January in no time” on his recently released “30 for 30 Freestyle.” (Cleveland)

Drake released a Views From The 6 teaser picture and captioned it “Be home soon” on Instagram last week. 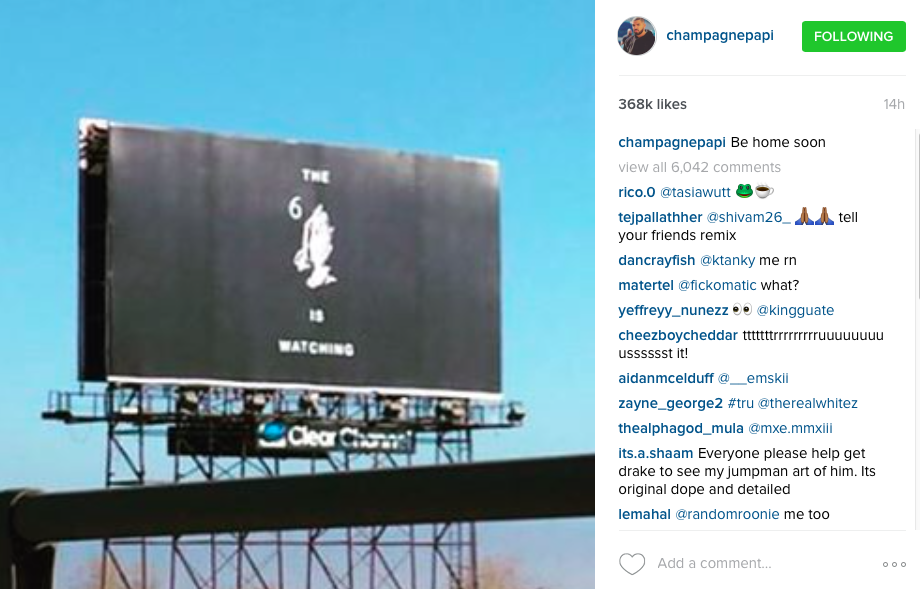 “There’s a lot of stuff. I love Drake because he’s ever-evolving. He keeps forecasting what will happen. He pays attention to what’s going on and then he embodies it. I love Young Thug. He kinda does the same thing. I love Wolf Gang. The whole Tyler, the Creator camp. What they’re doing in music as a whole with Frank Ocean and Earl Sweatshirt and the Internet… Syd the Kid. The whole movement is awesome.” (Noisey)

Drake’s “If You’re Reading This It’s Too Late” retail album came out February 13.