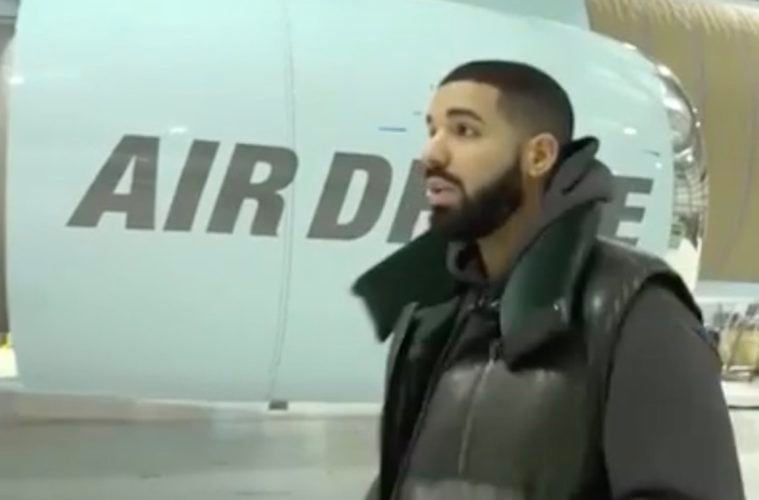 OVO Sound boss Drake is showing why friendships really pay off. The hip-hop star’s personal plane is reportedly receiving a redesign from his pal and fashion designer Virgil Abloh.

This week, Virgil went to Instagram to give Drizzy fans something to get hyped about. Abloh shared shots of Drake’s massive transportation go-to appearing to receive his signature artistic touch.

For most, a fresh look means a simple change-up likely powered by Pinterest and half-remembered and poorly-executed instructions from HGTV. For Drake, that means an entire private jet re-designed by Virgil Abloh. According to a post on Abloh’s Instagram, Air Drake is getting a makeover. (The FADER)

Abloh made sure to let the world know about his involvement. Virgil went to Instagram to share a slideshow of sneak peeks to fans.

In 2019, Drake blew fans away with a look at his customized private plane. Drizzy jumped on Instagram to show off his huge work of art.

Last year, Drake revealed the private jet he lovingly named Air Drake. While the initial design of the plane did feature its namesake on the side, it was more of a stripped-back and straightforward look than one might expect from the often opulent Drizzy. (Complex)

Virgil reportedly has a degree in civil engineering. He’s made a name for himself behind the scenes and working with the likes of rap stars including Kanye West.

2002: Abloh completes his undergraduate degree in civil engineering at the University of Wisconsin–Madison. (In 2015, he would return to design commemorative tees for the university.) Rumor has it that on the day of his graduation, he skips his final critique to take a meeting with Kanye West’s then-manager John Monopoly. West and Abloh begin officially working together soon after. (VOGUE)