Drake’s Giving “More Life” To A Slew Of Newcomers

OVO Sound leader Drake’s More Life is doing much more than fattening his pockets. New reports claim the must-hear album has sparked a ton of interest in its British collaborators. [Featured image courtesy of Virginia Black]

According to a new report, United Kingdom artists Giggs, Jorja Smith and Skepta have enjoyed immediate boosts in their streaming numbers since Drizzy’s playlist arrived. 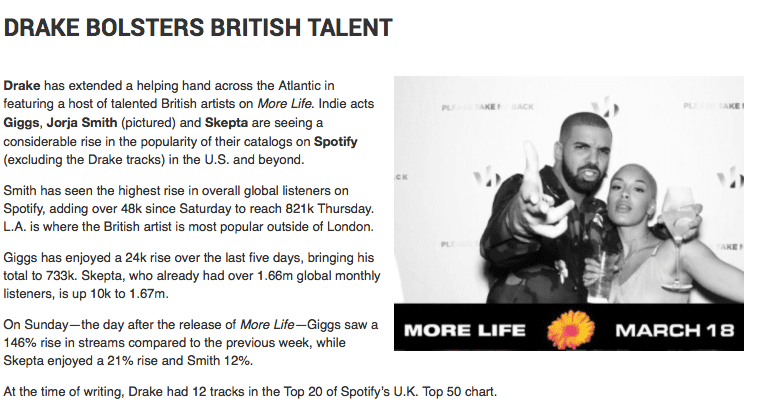 Along with the featured placement, Drake’s promoted the UK artists on his Instagram page. 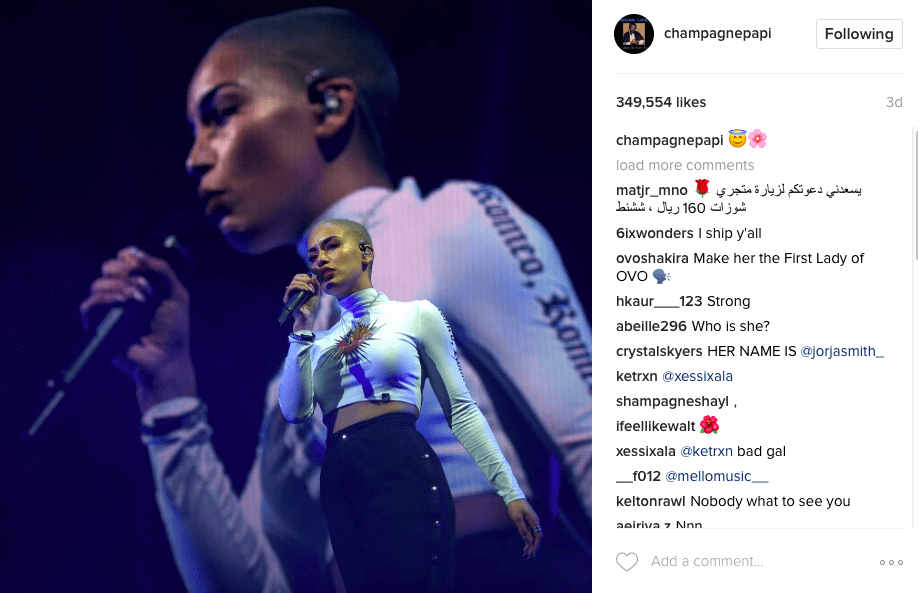 Since its release last weekend, the new album has received an insane amount of celebrity co-signs.

#Ad The @sneakyvaunt saga continues.. & as you can see, it gives BOMB cleavage.. not to mention it's strapless and Backless🔥🔥🔥 get u One 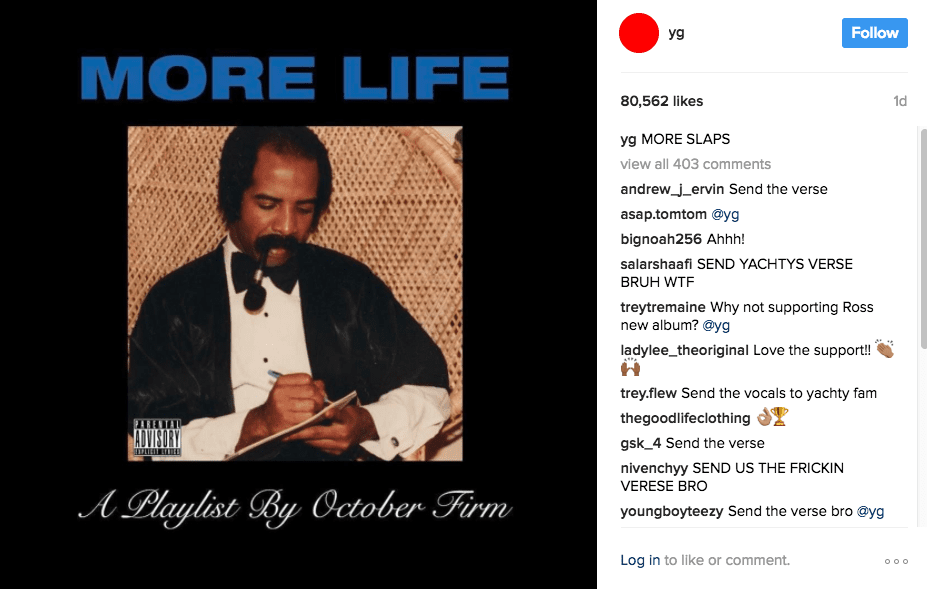 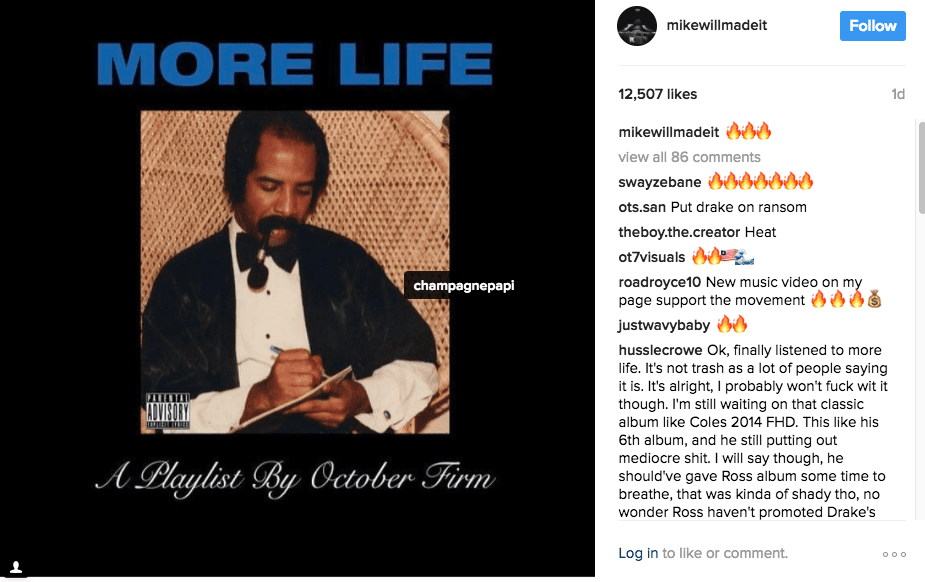 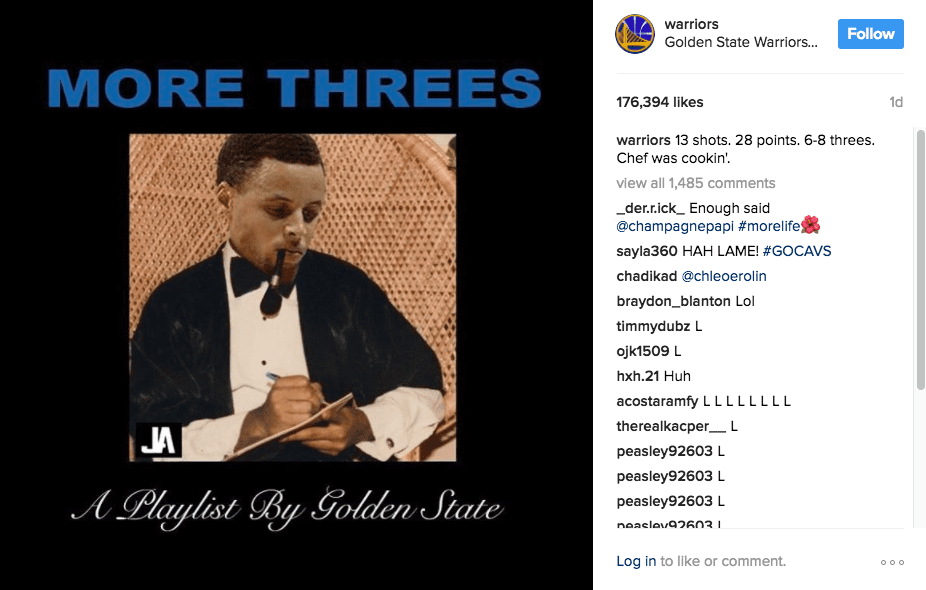 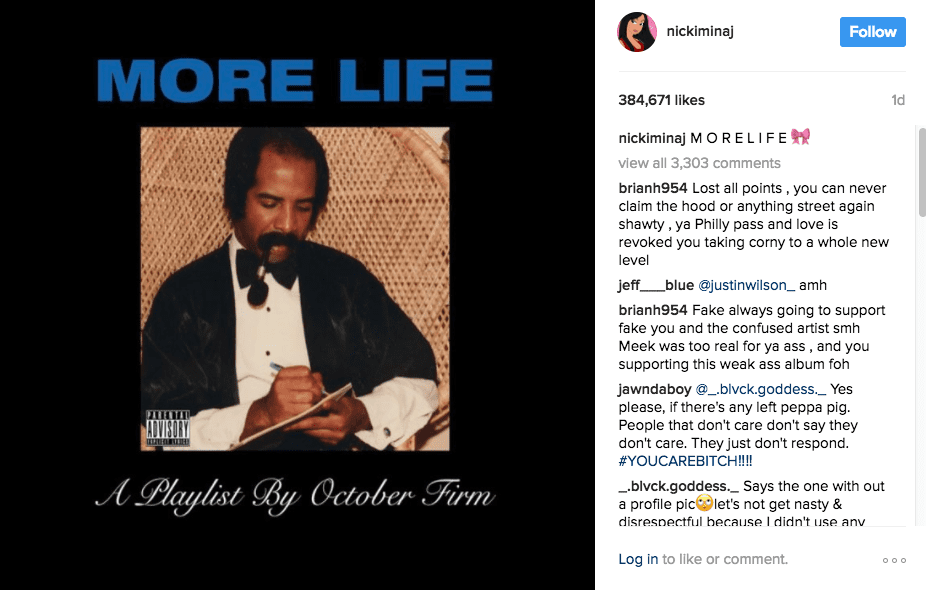 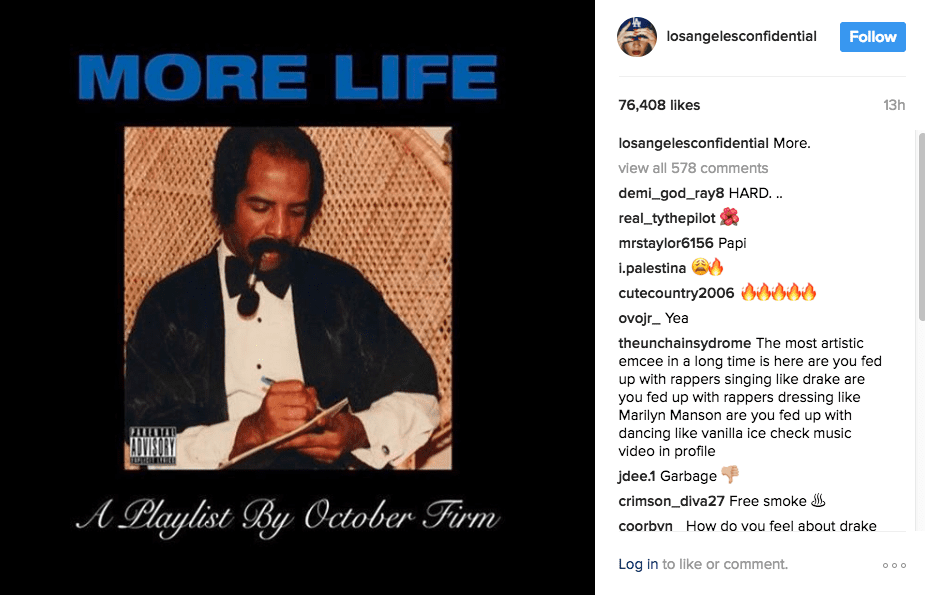 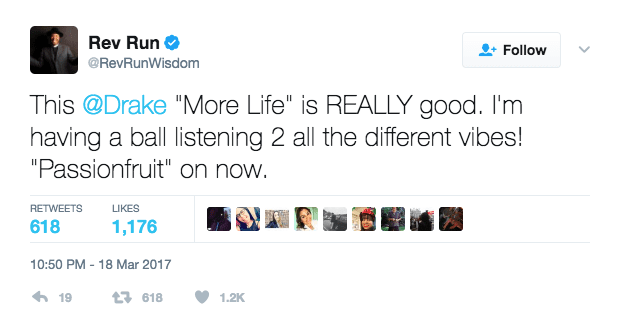 Weekend reports claimed Drake is set to make money off the new release. 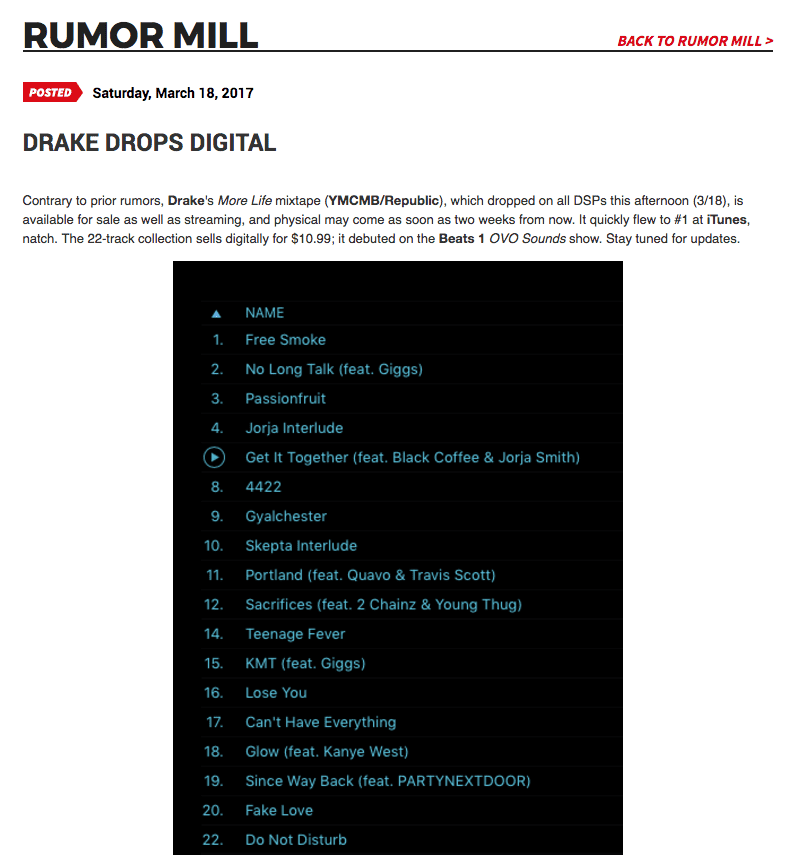