Drake & The Weeknd Have Somethin’ In The Works

OVO Sound’s Drake and The Weeknd look like they’re getting ready to cook up some new heat. The longtime pals have teased fans about something coming together.

Weeknd went to Instagram Thursday (February 16) with a cryptic pic of himself and the 6 God. 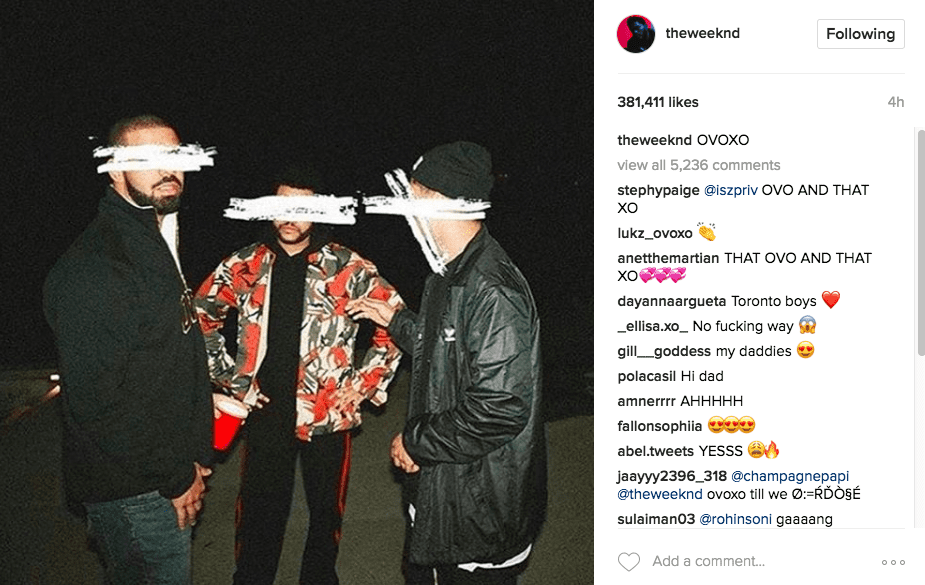 “I’m excited because I’m about like a week and a half, two weeks away from finishing this project I’m working on called More Life. So you know what that means right? All that means is, I get to drop a new project.”

Tonight at his #BoyMeetsWorldTour show in Leeds, Drake said he's about 1 and a half to 2 weeks away from finishing #MoreLife. pic.twitter.com/eritJQcYWY

Last month, producer Nineteen85 promised More Life would live up to its hype.

“More Life is interesting because this is [Drake] right on the peak of his biggest project yet [with Views], doing his biggest tour and still having so many good ideas that he just wants to put out without making it a big ordeal,” he explains. “That’s why he’s trying to call it a playlist because he has a bunch of people in a space, hanging out…. He’s so aware of what everybody else is doing musically that he likes to introduce new music and new artists to the rest of the world.” (Billboard)