Drake Wants To See Justin Bieber & Selena Gomez Back Together

Drizzy commented on a picture of Biebs and Gomez recently hooking up across social media this week.

Both Justin Bieber and Selena Gomez have opened up separately recently about their years-old breakup, and while it seems like there’s finally some amicable closure, the Purpose singer just went and got everyone riled up about a possible reconciliation. Earlier today Bieber posted a pic of himself alongside Gomez, and before he added on a caption that clarified the post as a throwback, even Drake got excited at the prospect, writing, “Damn thought this was a Jelena current day flick,” with a very appropriate sad face in tow. (Complex) 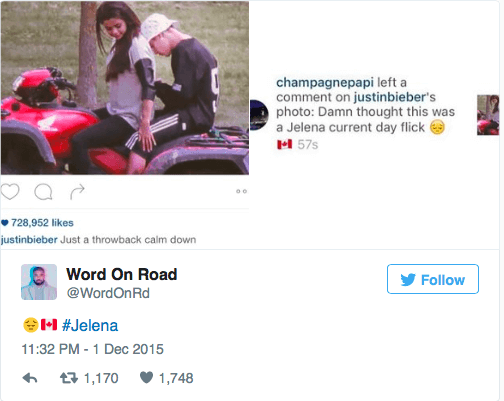 Last month, Drake talked about the possibility of collaborating with pop diva Adele for a “Hotline Bling” remix.

“I’d do anything with Adele,” the rapper told reporters in Toronto on Wednesday night while in town for a Raptors game. “I’d literally go to Adele’s house right now and do laundry for her.” (EW)

A few days prior, Drizzy posted up a cartoon picture of himself and Adele on Instagram after news of a “Hotline Bling” remix interest went viral. 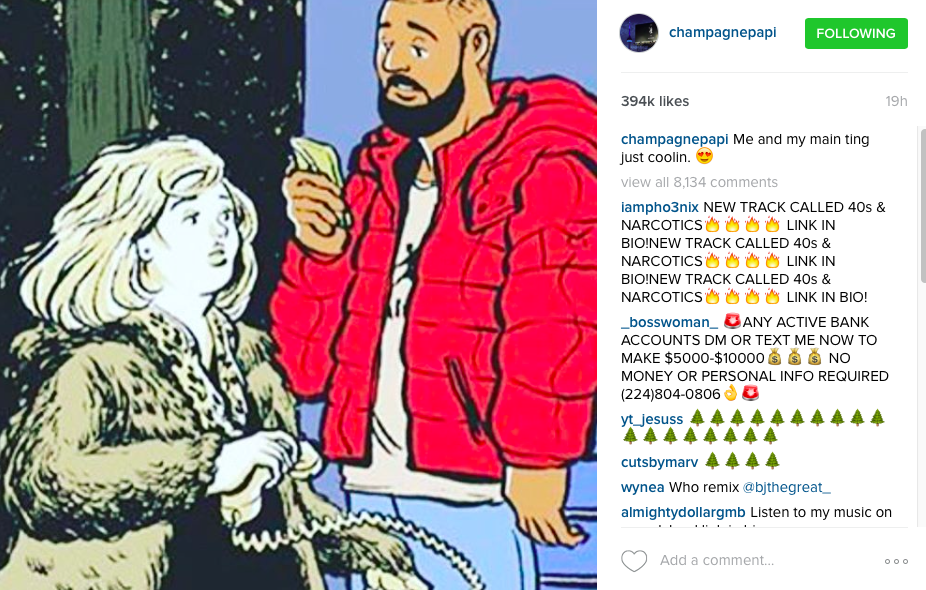 Recently, Adele dished on her love for Drake and revealed her “Hotline Blign” remix interest.

“I really want us to do an official remix,” Adele said. “I love Drake. I love Drake so much. I even got the coat that’s in the video — I got it delivered the other day, I ordered it. The red one.” (e Talk)