OVO Sound boss Drake has plenty to brag about this week after landing the most BET Hip-Hop Awards nominations.

According to reports, Drizzy leads the pack of nominees with 14 nods.

For a third consecutive year, Drake heads the list of nominations for the BET Hip-Hop Awards. His 14 nods include Album of the Year, Best Live Performer, Lyricist of the Year, Best Hip-Hop Video and three in the Best Collabo, Duo or Group category. Drake will be going up against other top nominees Future (with 10 nods), DJ Khaled (nine) and Kanye West (eight) in several of those categories. One of the most closely watched races will be Best New Hip-Hop Artist, whose nominees including Anderson .Paak, Bryson Tiller (who won that award and Best Male R&B/Pop Artist at June’s BET Awards), Chance the Rapper, Desiigner and Tory Lanez. (Billboard)

BET has announced its various categories including face-offs between 2 Chainz and Designer for “Best Hip Hop Video.” 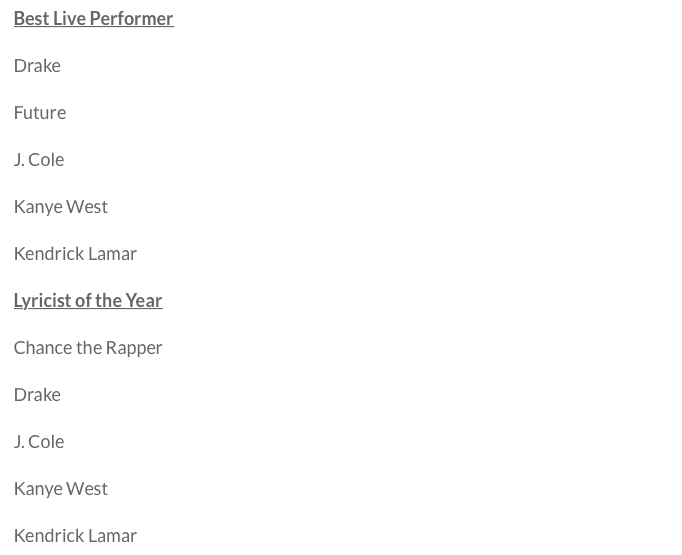