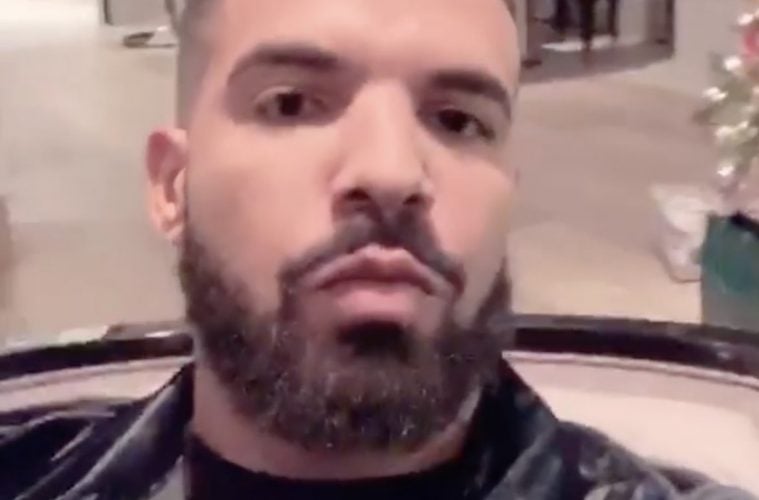 OVO Sound boss Drake is getting closer and closer to revealing his son to the world. The hip-hop star hit up social media this week to share artwork his mini-me created.

Drake’s baby mother Sophie Brussaux is known for her artwork and paintings.

Finally posting the finished results of Sophia. I painted the beginning at home and finished the eyes and hair live in Milan for the opening. I was a little stressed, the weather was super hot, I sweated out my blow dry right before the show even started and I’m not so great at interviews 😩 despite that, the show was a success and the exhibition was beautiful. Thank you again @valeg23 @memilanhotel @me_by_melia @stkmilan @radiorooftopmilan for this amazing experience!

Infinite and unaltered happiness ❤️ I wish on each and everyone of you that kind of Love. Seriously.

Back in June, an alleged pic of Adonis leaked across social media.

The 31-year-old rapper confirmed the long-rumored news that he fathered a child with French former adult-film star Sophie Brussaux on his new double album Scorpion, which was released just before midnight Thursday on Apple Music. In his track “Emotionless”, which samples Mariah Carey, the Canadian declares “I wasn’t hiding my kid from the world/I was hiding the world from my kid.” (People)

On the song “March 14,” Drake dug deep into his personal life and reflects on becoming a dad.

“Yesterday mornin’ was crazy/I had to come to terms with the fact that it’s not a maybe/That sh*t is in stone/Sealed and signed/She’s not my lover like Billie Jean/But the kid is mine/Sadie used to tell me all it takes is one time/And all it took was one time/Sh*t, we only met two times, two times/And both times were nothin’ like the new times/Now it’s rough times/I’m out here on front lines/Just tryna make sure that I see him sometimes.” (“March 14”)