Young Money’s Drake is the latest hip-hop artist to show his support for France following a horrific Paris shooting this week.

Drizzy sent his prayers to the City of Love on Instagram this weekend.

Odd Future’s Frank Ocean spoke out on the Paris attacks and singled out Republican candidate Donald Trump on Twitter this weekend. 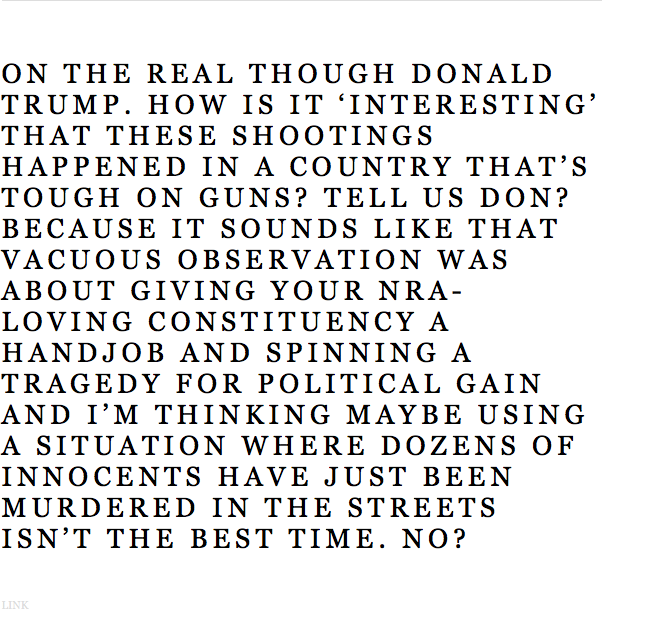 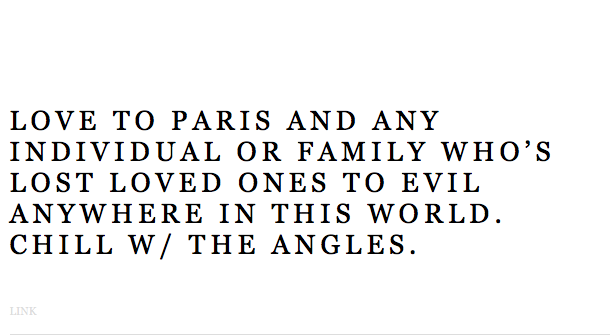 My heart goes out! ?

I happen to be out here in Paris right now and thank God im safe people. But there are innocent lives being taken as we speak. I pray for all the innocent civilians in this tragedy. We just want World Peace. Lets love eachother people. Enough with the Hate. Pray for Paris!!! May GOD end this tragedy. GOD Bless!! #prayforparis

Man. Just literally heard about #Paris (was filming earlier I wasn't aware) this is so heartbreaking man. This is beyond the "thoughts and prayers go to" post. Paris took us in from the cold and gave us a home. I've performed and chilled at #Bataclan more times than I can remember. The staff and people there….look I dunno what to say man….I'm at a lost for words….#WeNeedPeace. Praying that Paris heals. Praying the world can heal.