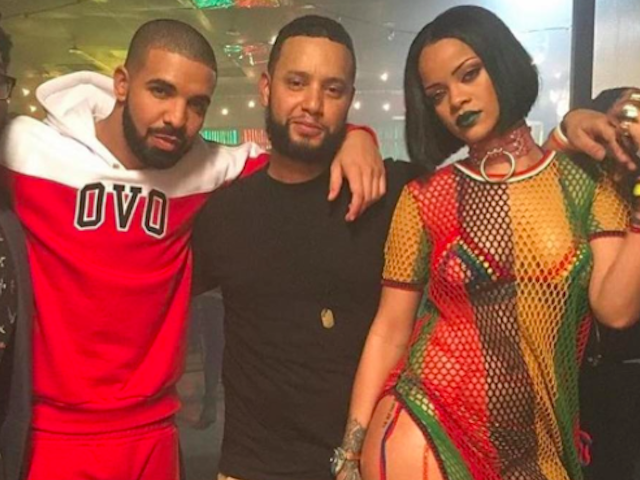 Drake & Rihanna Get Cameras Rollin’, Get A “Work” Out In Toronto

Young Money’s Drake and singer Rihanna reportedly hooked up last night (February 5) in Canada to put together the music video for their new “Work” single.

According to reports, the cameras started rolling in Drizzy’s Toronto hometown.

The Real Jerk Restaurant will be closed on Friday February 5, 2016
842 Gerrard Street – We will be re-open on Saturday February 6 @ noon

Fans of Drake and Rihanna flocked to the The Real Jerk restaurant located at 842 Gerrard St. E. on Friday night for a chance to glimpse the superstars. RiRi was reportedly in town filming scenes for her latest music video “Work,” featuring Drizzy.
The restaurant tweeted Friday morning that they would be closed until Saturday at noon, but did not specify why. (The Star)

About half an hour ago, Drake & Rihanna get back into the car to do another take. They're done. He mentioned McD's‽ pic.twitter.com/H1ulWQpNUK

Drake posted up a shot from the video set on his Instagram page early Saturday (February 6).

The duo’s mysterious collabo reached the masses with a viral rollout Wednesday (January 27).