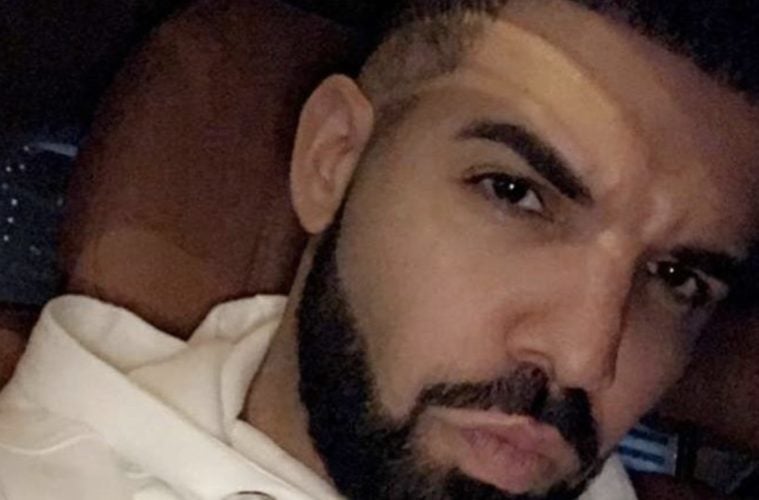 Drizzy went to his Instagram Story Monday (April 2) to show off the impact his new LP’s production is having on his face.

In late March, Drake delivered a cryptic pic of himself donning studio headphones next to a 6 God picture.

Last week, speculation developed about Drake possibly having a new Apple deal in the works.

Drake then mysteriously returned to the Apple fold last week (3/18), as the OVOSOUND Radio Show suddenly resurfaced on Beats 1 after a three-month hiatus, and, along with co-host Oliver El-Khatib, immediately delivered two new exclusives: a N.E.R.D. “Lemon” remix with a new Drake verse, along with an eight-minute long Lil’ Pump “Gucci Gang” remix. Does this mean Drake’s arrangement with Apple Music has been re-signed? That $19m payday last time around causes us to wonder how big the check will be this time, considering that Apple is in business with a global superstar who is dropping the biggest hits in popular music, and that Drake can also point to the extraordinary measurable impact in the value he’s brought the service. (HITS Daily Double)

A few days prior, buzz developed about Drake and rap star Kanye West possibly working on new music together.

Sources in Jackson Hole tell TMZ … both rappers are staying at the Amangani luxury hotel and resort under an alias, and have each brought a huge crew with them. We already knew about Kanye’s, but we’re told Drake’s team includes his engineer, songwriter, and as we reported … his personal photog/videographer. We’ve learned even more big names are there than we originally thought too — like Lil Uzi Vert — along with a slew of major producers who work with Kanye and Drake. (TMZ)