According to reports, Drizzy is no longer keeping tabs on RiRi’s Instagram updates.

Drake has unfollowed Rihanna on Instagram after she said they ‘no longer have a friendship but are not enemies’. The singer is now dating Saudi businessman Hassan Jameel, but worked with the 6 God rapper on What’s My Name in October 2010, Take Care in 2011 and Work in 2016 and rumours of a romantic tryst grew. (Metro)

In a new interview, Rihanna revealed she’s no longer buddies with the Toronto native.

Rihanna winces slightly at the mention of the rapper’s name before her eyes glaze over with cool indifference. “The VMAs is such a fan-focused awards show, so having that energy around me, and knowing the people who had received the award in the past, made it feel like a big deal,” she says. “Waiting through that speech was probably the most uncomfortable part. I don’t like too many compliments; I don’t like to be put on blast.” When I ask about the current state of their friendship, her attitude is sanguine. “We don’t have a friendship now, but we’re not enemies either. It is what it is.” (Vogue)

Last summer, Drake low-key showed RiRi some major love by sporting socks with her on them.

The 30-year-old rapper posted on Instagram this week a photo of him sitting on a couch and looking pensive while wearing a pair of socks from ex-girlfriend Rihanna’s latest Fenty x Stance collection, which was released last week. They feature an illustration of the 29-year-old R&B singer sporting the red, green, yellow and black stripes mesh Tommy Hilfiger maxi dress she wears in the pair’s 2016 “Work” music video. “Trabajo,” Drake wrote, using the Spanish word for “work.” (E! Online) 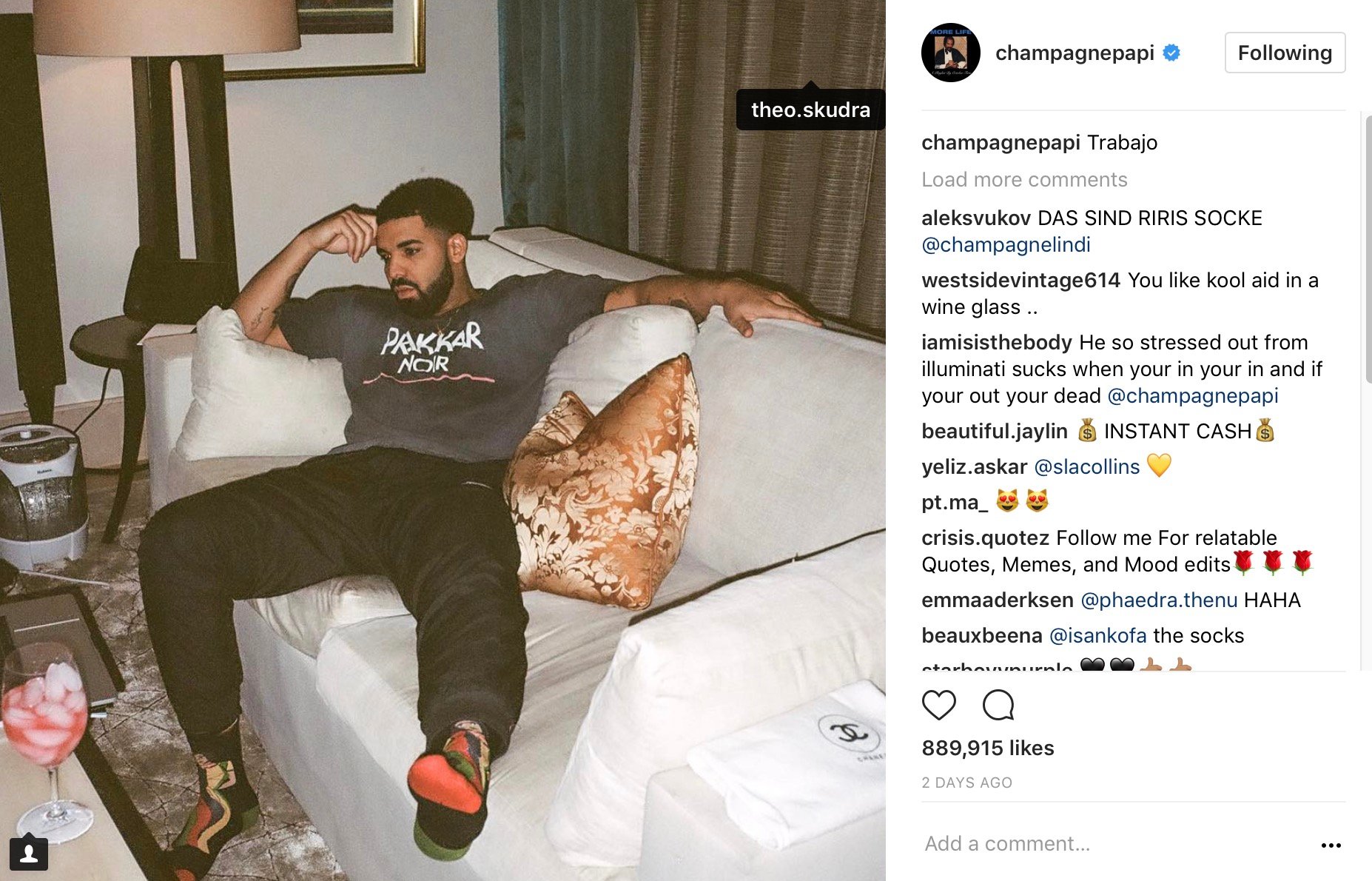 Just over a year ago, Drake and Rihanna just happened to show up at the same children’s birthday party.

#PressPlay #Rihanna and #Drake were spotted at a kids party today! They arrived separately, Riri came with her bestie. Drake looks like he was caught off guard 😩😂