OVO Sound‘s Drake knows how to get social media buzzing. The 6 God proved his girl, not Rihanna, is rolling with him all Summer Sixteen.

Drizzy went to Instagram Sunday (September 11) and showed off his dog’s diehard loyalty to him which immediately sparked RiRi speculation. 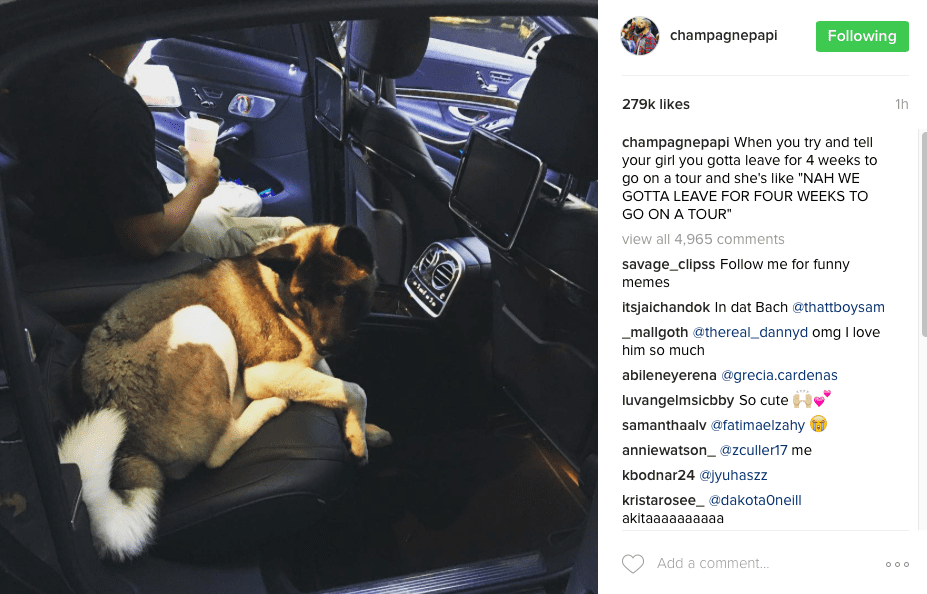 However, the highlight of the performance was when Drake made another profession of love that sent Aubrhi shippers into a frenzy. As Rihanna gives her man a hug from behind, Drake tells the crowd, “I pray that you find somebody that holds you down like this woman right here.” (People)

#AUBRIH man there's nothing realist then these two #RelationshipGoals

Cameras spotted Rihanna and Drake a few nights ago partying at a Los Angeles nightclub.

The pair, who are believed to be an item, were spotted arriving at celeb nightspot The Nice Guy fresh from his concert at the Staples Centre in Los Angeles. Rihanna appeared to even have her drink from the show, arriving clutching a red glass filled with a red liquid. (The Mirror)