Drake Only Amps Up Will Smith Rumors W/ This New Pic

Young Money rapper Drake‘s ties to Hollywood actor Will Smith may be stronger than most think thanks to a picture he posted onto social media this past weekend. 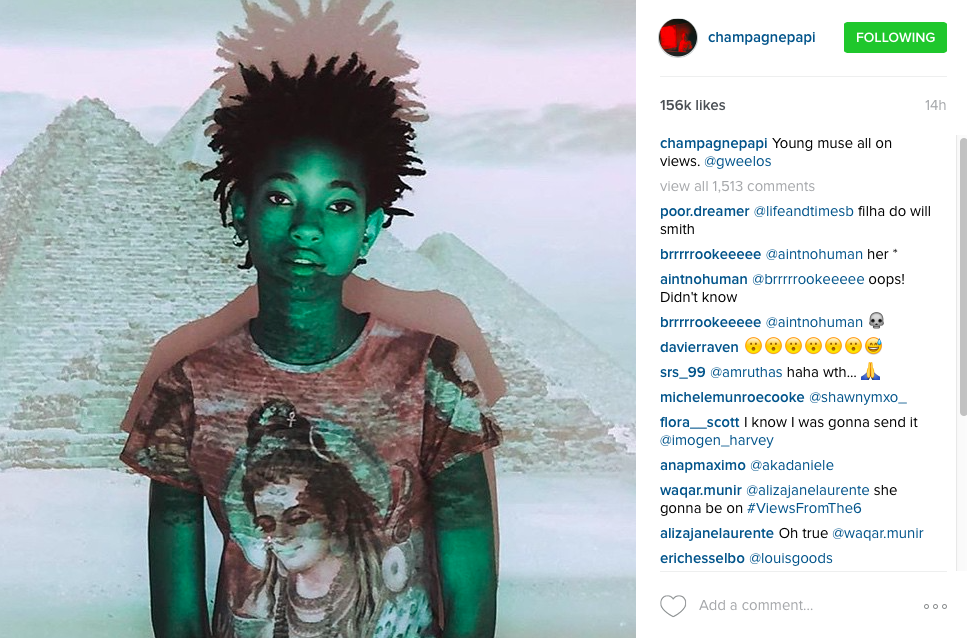 Smith’s 16-year-old son Jaden hinted at Drizzy and Big Willie possibly hooking up for music-making during a radio broadcast.

Will Smith called in to his son Jaden’s Beats 1 radio show MSFTS Frequency to talk Suicide Squad, familial dynamics, and the constant stream of creativity clearly present in the Smith leniage. During their conversation, Jaden casually asked Will about his future musical prospects — prompting Will to quietly reveal a current collaborator — Drake. (Complex)

Earlier this year, Will revealed he had clocked in studio time with rap superstar Kanye West.

Although brief with his comments, Big Willie spoke on the hip-hop hookup over the winter.

The 46-year-old actor has been in the studio with Kanye West and has even been taking tips from his 16-year-old son Jaden. His last solo album was Lost And Found in 2005. “I went into the studio with Kanye. I’m thinking about it. I’m exploring,” he said at a special screening of his new film, Focus, in London. (The Guardian)