1.6k Views Comments Off on Drake Masterfully Unites Steve Urkel & Travis Scott: “When You Rep The 6 Too Hard”
Share

OVO Sound boss Drake is all about unity even when it comes to 90’s legends like Jaleel “Steve Urkel” White and Travis Scott.

The 6 God went to Instagram Sunday (August 20) with some epic pics. 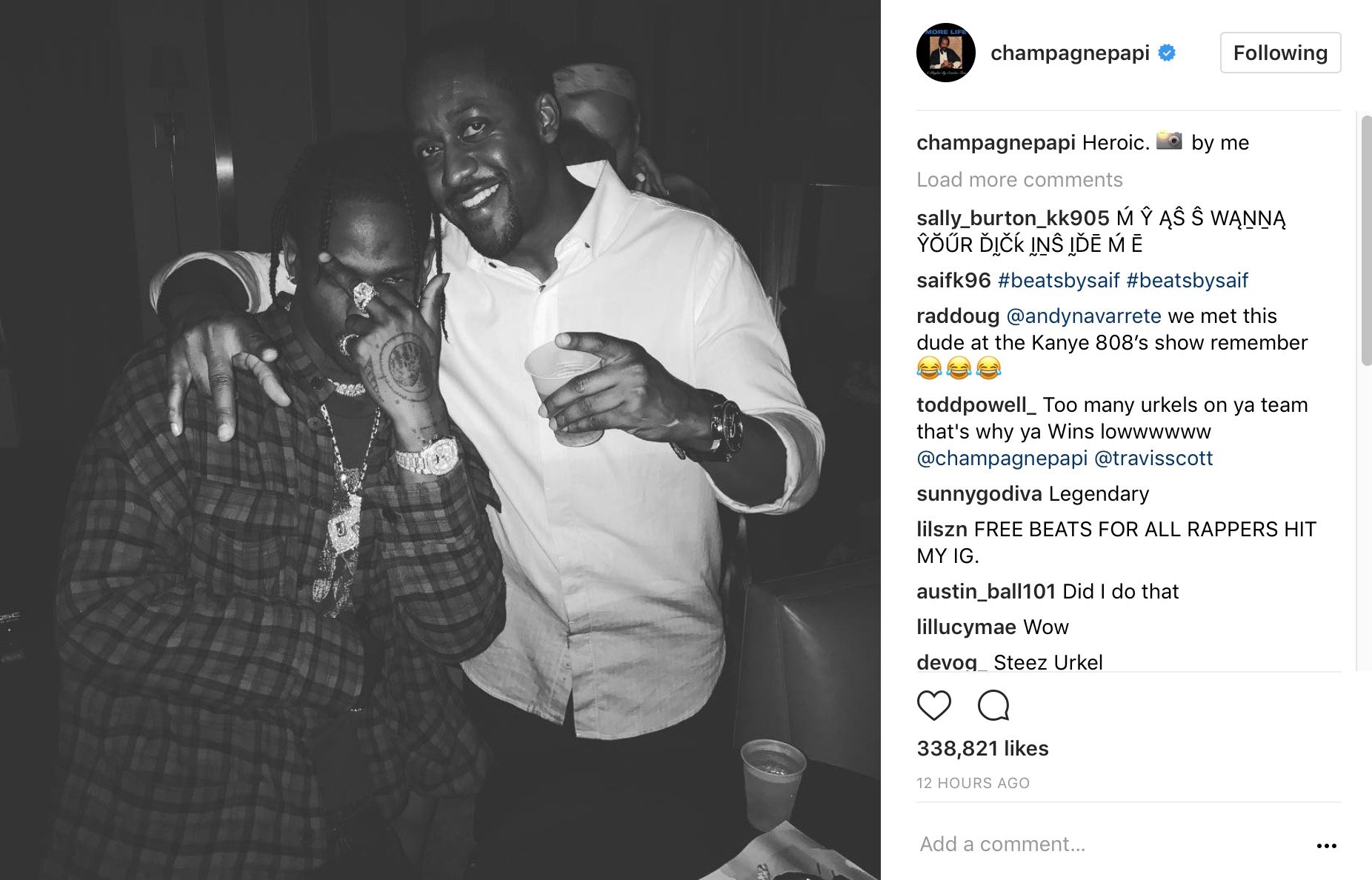 This week, Drake caved in and addressed his historic Billboard Hot 100 streak recently coming to an end.

Late last night, TMZ pulled up on Drake as he exited TAO restaurant in Los Angeles. The paparazzo chased him down and asked “431 weeks Drake, man. How does it feel bro?” to which Drake hit him with “I need 500” before hopping into the back of a vehicle. (HNHH)

Drake is absent from the Billboard Hot 100 for the very first time since his debut hit, “Best I Ever Had,” debuted on the chart in 2009, ending an unprecedented run of 431 consecutive weeks on the Hot 100. On the latest Hot 100 (dated Aug. 26), the superstar’s two tracks from the previous week’s tally depart: “Passionfruit” falls from No. 81 and “Signs” disappears from No. 100. (Billboard)

At last week’s OVO Fest, Drake promised to bless fans with a joint The Weeknd album at his annual OVO Fest concert.

Comments Off on Drake Masterfully Unites Steve Urkel & Travis Scott: “When You Rep The 6 Too Hard”