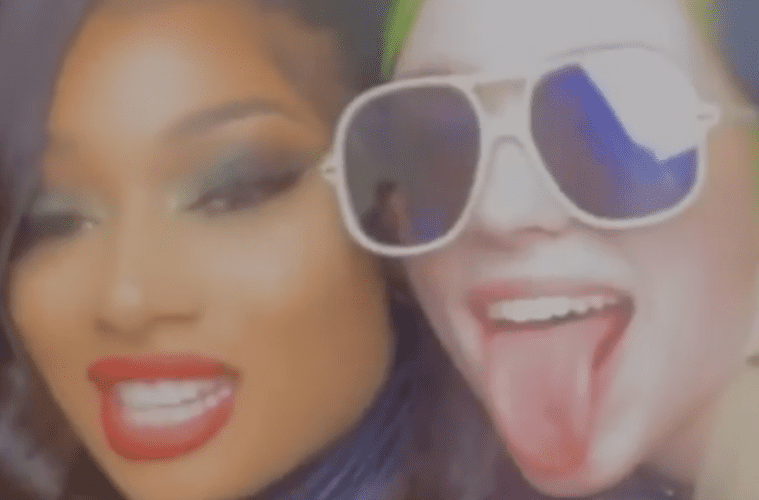 Grammy-winning singer Billie Eilish is here for positivity only. This week, she officially released a short movie about body-shaming and the public perception of her image.

After previewing the film at the Miami stop on her Where Do We Go? Tour back in 2019, the full, official version has been uploaded to YouTube. Billie Eilish’s body shaming video is titled “NOT MY RESPONSIBILITY.”

“do you know me? really know me? you have opinions about my opinions about my music about my clothes about my body some people hate what I wear some people praise it some people use it to shame others some people use it to shame me but I feel you watching always and nothing I do goes unseen so while I feel your stares your disapproval or your sigh of relief if I lived by them I’d never be able to move would you like me to be smaller? weaker? softer? taller? would you like me to be quiet? do my shoulders provoke you? does my chest? am I my stomach? my hips? the body I was born with is it not what you wanted? if I wear what is comfortable I am not a woman if I shed the layers I’m a slut though you’ve never seen my body you still judge it and judge me for it why? we make assumptions about people based on their size we decide who they are we decide what they’re worth if I wear more if I wear less who decides what that makes me? what that means? is my value based only on your perception? or is your opinion of me not my responsibility”

Texas hip-hop star Megan Thee Stallion has friends in high places. The rap entertainer went online recently to share a throwback moment hanging out with Billie. In the footage, she’s chilling out alongside the Grammy-winning musician.

Hollywood superstar Jennifer “J. Lo” Lopez is all about capturing moments. The popular crooner also recently shared an epic moment hanging out with B. Earlier in the year, Jenny From The Block shared the must-see shot to her 116 million Instagram followers. In the pic, J. Lo is seen hugging the teenage music heavyweight.

Eilish thinks age isn’t anything but a number. The popular crooner recently came forward to defend her relationship with OVO Sound boss Drake. In a past interview, B – who turned 18 in December 2019 – spoke up for their friendship and called out the Internet for making a big deal out of them having a texting bond.

Last fall she did create a minor media kerfuffle when she revealed that she and Drake, 15 years her senior, had been texting. The situation still rankles her. “The internet is such a stupid-ass mess right now,” says Eilish, who quit Twitter in 2018. “Everybody’s so sensitive. A grown man can’t be a fan of an artist? There are so many people that the internet should be more worried about. Like, you’re really going to say that Drake is creepy because he’s a fan of mine, and then you’re going to go vote for Trump? What the f*ck is that sh*t?” (Vogue)