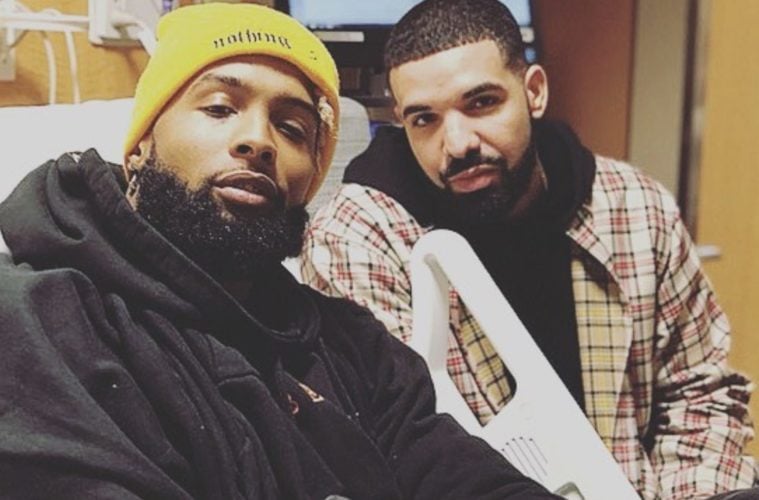 OVO Sound boss Drake is clocking in some serious friendship goals with his NFL bestie. The 6 God has hit up social media to share an epic shot of himself and Odell Beckham Jr.

A few days ago, Odell celebrated his mom’s birthday with a grip of throwback pics.

An infinite amount of words to say….. I think this sums it up. I love u more than life itself, I do this for u. Everything . My inspiration and my motivation. I love u so much! If it wasn’t for u I wouldn’t be who I am. HAPPY 29nth(everyYear) BDAY momma! I love u @heathervannorman @heathervannorman

Earlier this month, Odell reflected on his childhood in Louisiana with Drake’s “Nice For What” single playing.

“Odell needs to get his bag. That’s all I’m gonna say. Odell sells tickets, he sells jerseys, and he’ll get you a first down whenever you need it, most nine times out of ten. And it’s definitely to be that much of an impact player at wide receiver nowadays in the NFL with all these options, multiple running backs. Odell is one of the last people who can create and do whatever he wants after [he catches] the ball. He’s definitely a game-changer and if you got quarterbacks that’s 30 percent accuracy – Odell would have made any of those guys better. I think you have to pay him. Things have to be unprecedented for some of these guys.” (TMZ Sports)