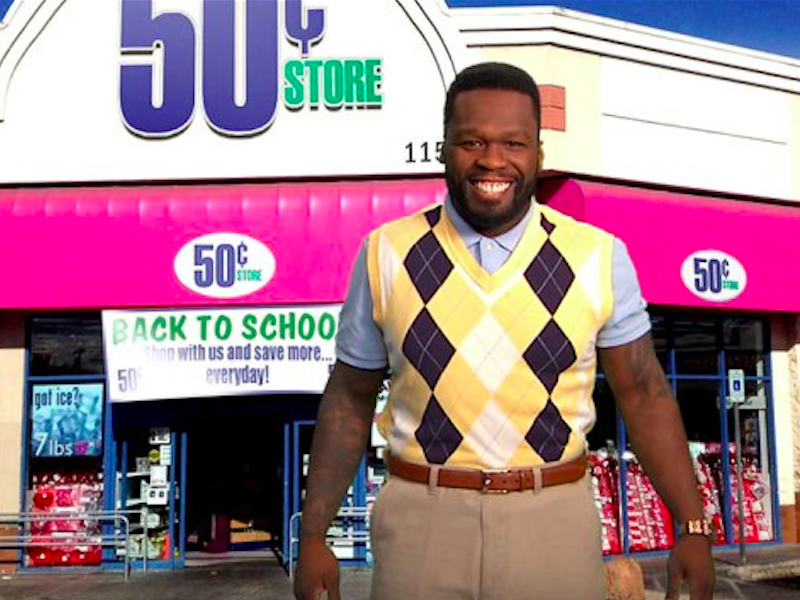 Working Wednesday. We’re putting in that work, work, work SOHH why not get things going with Diddy coming through for Drake? Speaking of hip-hop moguls, what are your thoughts on 50 Cent opening up his own line of 50 cent stores? With retail on your mind, are you buying into some Life of Padre merch? All this coming up in SOHH Whatcha Think.

Aren’t you ready for a Diddy and Drake collaboration once again? It feels like we’ve been waiting for a minute and then of course there was that alleged fight they had. But all if fair in war and it looks like Drake is getting the official Diddy co-sign. Akademiks TV is on it:

Are bigger things to come? Will Puffy’s Drake co-sign mess anything up for Meek Mill? Should we expect Diddy to hit the stage with Drizzy soon? #SOHHWhatchaThink?

While this is all a spoof, take a second and think about the idea of a 50 cent store launched by, none other than, 50 Cent. It could actually work, no? Turns out “Jimmy Kimmel Live!” wanted to turn this idea into a hilarious skit. YouTube has the footage:

Could this actually work? Is 50 Cent taking over the entire entertainment industry? Should we be on the lookout for more from 50 in the months to come? #SOHHWhatchaThink?

Is it cool to jack other people’s ideas and make bank off of it? The first thought you should have is ‘No,’ but more and more entertainers are doing this. This goes for musicians like singer Father John Misty who has merchandise with a spin from Kanye West’s Life Of Pablo gear? Billboard is on it:

Father John Misty loves a good prank. Whether it’s covering Taylor Swift by way of Lou Reed, playing bizarre, rambling live shows and super inappropriate lullabyes. His latest, though is one of the best troll jobs yet. According to the former Misty, he loved Kanye West’s Life of Pablo Cali DeWitt-designed tour merch so much that he just straight up copied it for his own gear. (Billboard)

Are you feeling the gear? Would you consider copping? If real, is this a straight up jacking? #SOHHWhatchaThink?