Media outlets have started to piece together clues of a Drake and Trippie collaboration coming together based off a social media post.

For one of his Instagram stories, the rapper uploaded a shot of Drizzy as a child in what looks like a pic that could belong to his mom. In an actual Instagram post, Trippie uploaded an image of Drizzy’s platinum plaque for Take Care. Captioning the post, the teenage artist wrote, “Larry Office.” Which Larry is he talking about? It’s very unclear, but Drake does have a good relationship with Larry Jackson, who’s the head of content at Apple Music. There’s no telling why Jackson would have a Take Care plaque, though, so we really have no idea who Trippie’s talking about. (XXL Mag) 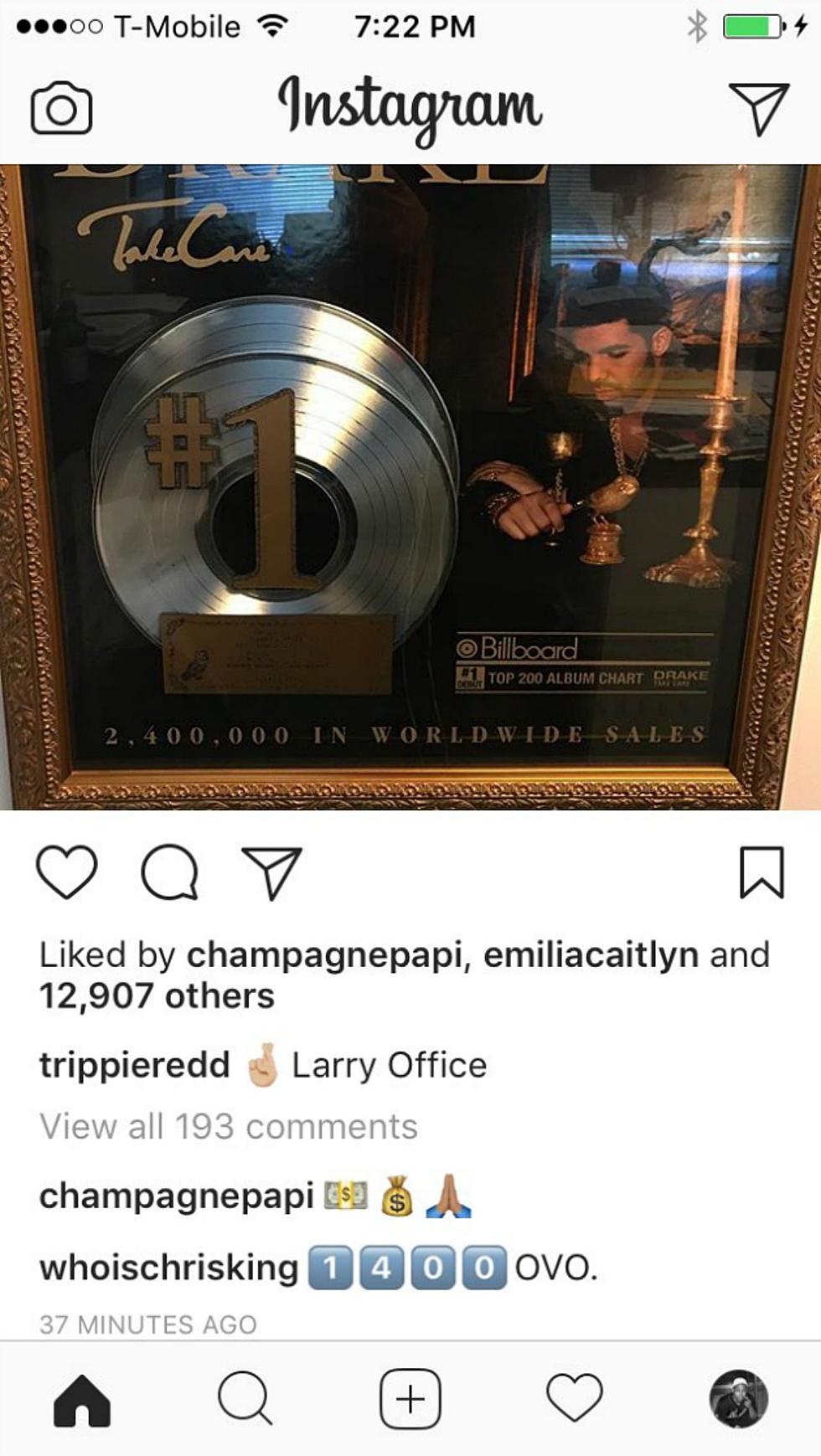 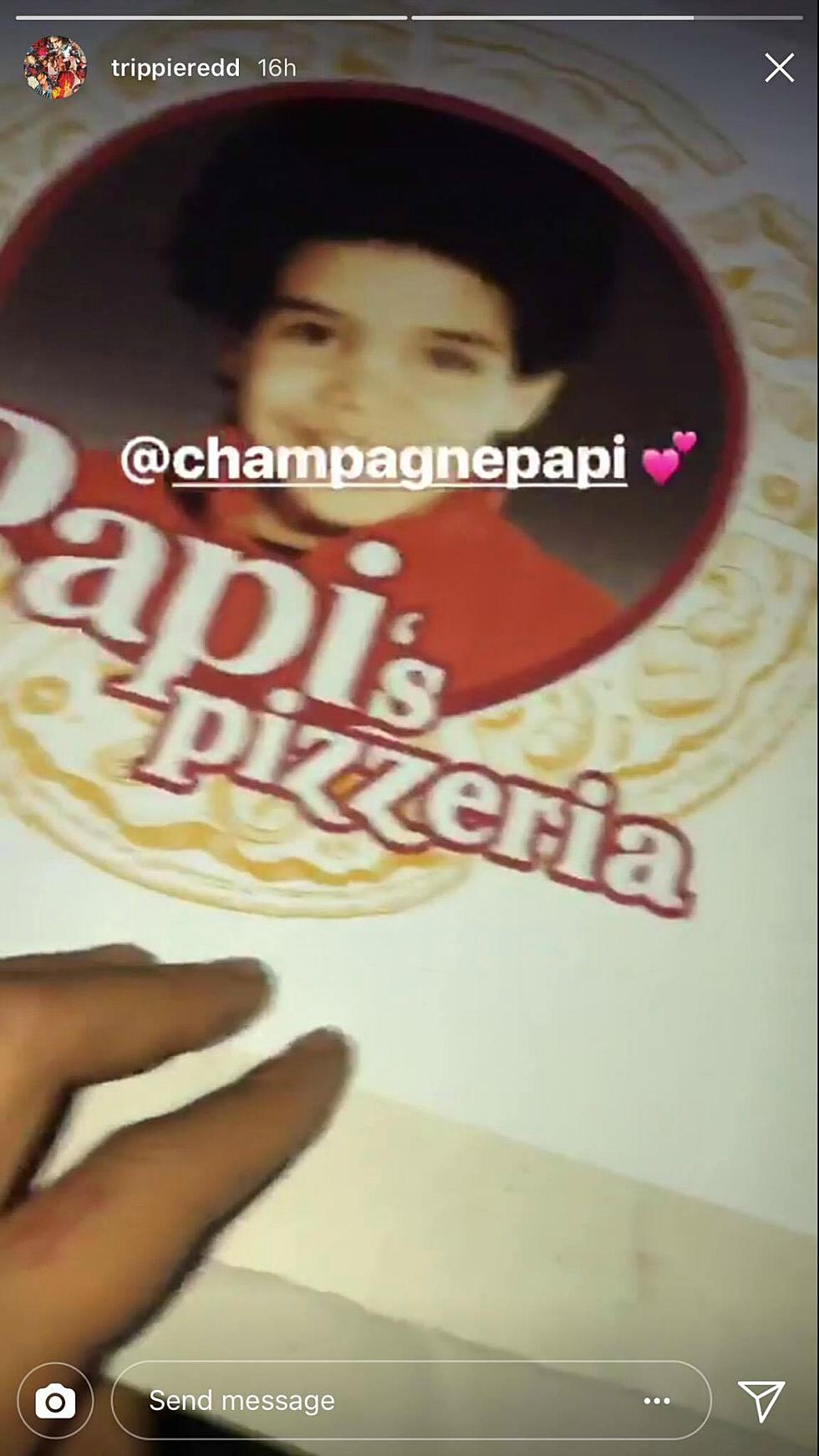 Happy birthday to the one and only @champagnepapi 🎃🦉

We slept on the same tour bus, performing 2 mins each on Wayne’s tour every night. You always gave me the best advice. Your success continues to inspire me. Happy Birthday brown bwoy!!!! @champagnepapi #YoungMoney

A couple nights ago, Drake surrounded himself with high-profile Hollywood celebs for his b-day festivities.

Drake celebrated his 31st Monday night at Poppy, where a massive crowd gathered outside. It was his second party … he threw an Andy Warhol-themed bash in his native Toronto over the weekend. On the guest list … Rae Sremmurd’s Swae Lee, G-Eazy, Justin Combs, Jordan Clarkson, apl.de.ap from the Black Eyed Peas. Leo DiCaprio and Tobey Maguire were also there. (TMZ)