OVO Sound‘s Drake might really have something going on with Jennifer “J. Lo” Lopez. New reports claim the 6 God recently dropped $100,000 on Jenny from the block.

The rapper, 30, purchased the Tiffany Victoria necklace for $100,000, PEOPLE can confirm. Lopez wore the 17″ diamond strand— which features over 15 carats worth of round, pear and marquise-shaped diamonds set in platinum — on New Year’s Eve. (People)

Three weeks after Drake and Jennifer Lopez connected backstage December 11 at her All I Have Las Vegas residency, the 47-year-old multihyphenate and the Grammy-winning “Fake Love” rapper “are the real deal,” a source reveals in the new issue of Us Weekly. Between time spent in the recording studio and steamy nights out (see: their New Year’s Eve date at Las Vegas’ Hakkasan), “they’ve gotten very close fast,” says a Lopez confidant, adding that the mom of 8-year-old twins Max and Emme (with ex-husband Marc Anthony) “gets really excited to see him.” (Us Weekly) 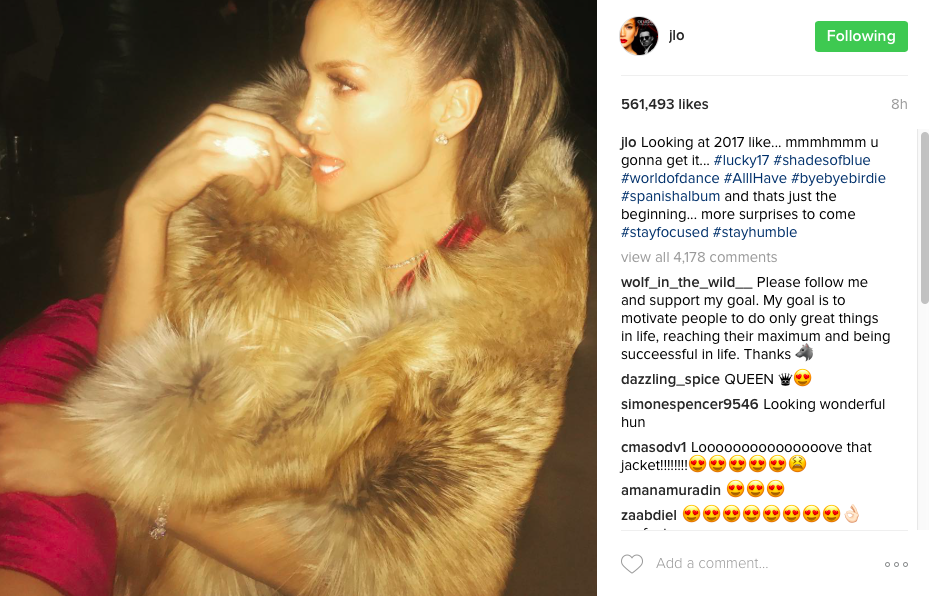