Thriving Tuesday. It’s a day to thrive to be your best, so why not start things off with Drake co-signing Big Sean‘s new album? Speaking of co-signs, are you loving Kim Kardashian‘s new early Super Bowl commercial? Hate it or love it, can you respect 2 Chainz running for mayor? All this coming up in SOHH Whatcha Think.

Drake and Big Sean are two big hip-hop superstars and have been known to work together often, so is it really any surprise Drizzy would co-sign his new album, Dark Sky Paradise? Drake’s Instagram page tells all:

Are we going to see a new side of Big Sean with this album? February 24th can’t come soon enough. #SOHHWhatchaThink?

Is Kim Kardashian ever going to fall off? If you don’t like her at all, the fact she’s married to Kanye West means she’s always winning. Is her new Super Bowl ad a winning commercial though? E! Online has the clip:

Kim Kardashian West has an important message for everyone about unused data. Stop letting your carrier take back those unused megs & gigs at the end of each month. You’re missing out on so many amazing things. Like photos of Kim’s outfits. Or Kim’s vacation videos. Or even more of Kim’s outfit photos. (E! Online)

2 Chainz isn’t getting any younger but could having a position in government really be a serious power move he’s embarking on? XXLMag has the exclusive: 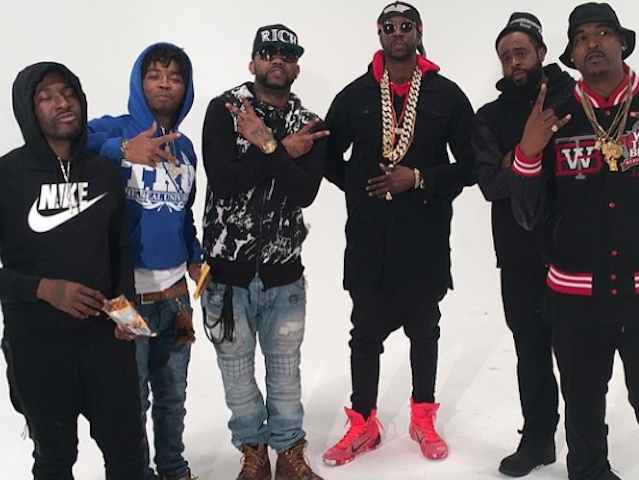 “I’m a musician, not a politician,” he said. “I’m supposed to be running for mayor in College Park. I got everybody wishing. I’m really gonna do this little mayor thing in College Park. I’m just trying to make sure I have the right qualifications.”

If Chainz follows through, he’s got a strong resume. The rapper graduated from Alabama State University with a 4.0 GPA. But, as he hinted, everything has to fall into place before he walks into the world of politics. (XXL Mag)

Could Chainz really get enough votes to become a Georgia mayor? #SOHHWhatchaThink?