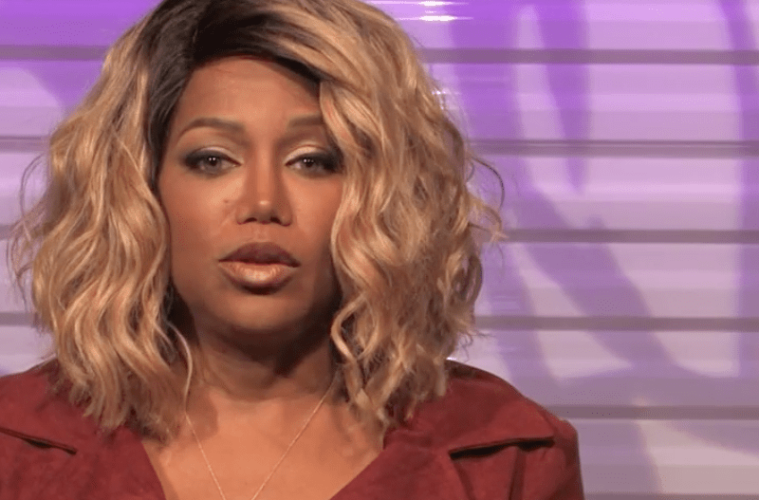 Dr. Dre’s Ex Isn’t A Shook One, Ready To Expose Abusive Past [Video]

According to Michel’le, the upcoming TV movie only shows the truth behind her relationship with Dre.

“Surviving Compton: Dre, Suge & Michel’le” depicts the singer’s past relationship with Dre — they have a 25-year-old son together — and includes her allegations of domestic violence. She insists Dre’s cease and desist letter is an empty threat because she has the truth on her side. (TMZ)

Last year, Michel’le did not accept Dre publicly apologizing for past female abuse and claimed he only made those comments to promote his Straight Outta Compton box office hit.

“I didn’t ask for a public apology and I think if he is going to apologise he should do it individually. To just group us like we are nothing and nobody – I just don’t think it’s sincere. … He’s selling a movie. I just think its good PR at the moment. … It was a little different because we were a couple, so of course if he held me after he beat me I took that as a form of love. … I had to cover two or three black eyes for my videos, and one of the make-up ladies.” (BBC UK)

In a past open letter, Dre victim Dee Barnes questioned the real motivation behind the Doc’s apology.

“I understand people’s apprehension. The stakes are high now and money talks, loud. Is this is a PR move by Universal, which released Straight Outta Compton? After all, the film just crossed the $100 million mark its second weekend in theaters. Is it damage control by Apple, which can no longer ignore that if you take the “Beats by Dre” logo and remove the “S,” you get a double entendre describing several woman he just apologized to? Is Dre himself really remorseful or just saving face? To me, the answers to these questions matter less than the fact that Dre stepped up and performed his social responsibility by finally taking accountability for his actions. Who cares why he apologized? The point is that he did.” (Gawker)

In an open summer 2015 statement, the Doc apologized to all females he had hurt throughout his career.

“Twenty-five years ago I was a young man drinking too much and in over my head with no real structure in my life. However, none of this is an excuse for what I did. I’ve been married for 19 years and every day I’m working to be a better man for my family, seeking guidance along the way. I’m doing everything I can so I never resemble that man again. … I apologize to the women I’ve hurt. I deeply regret what I did and know that it has forever impacted all of our lives.” (NY Times)