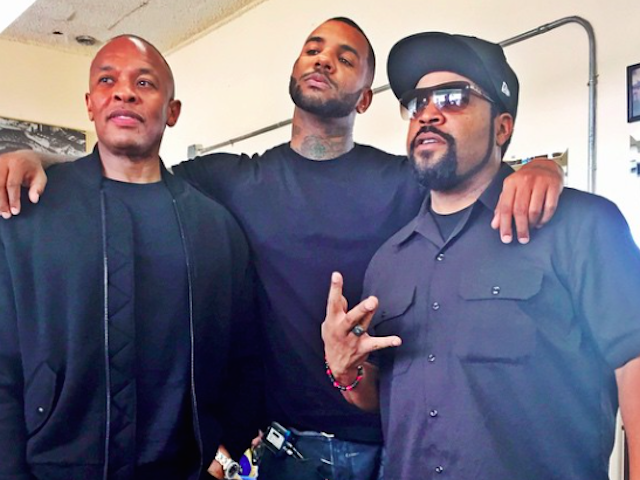 According to reports, Heller’s recent death may have Cube and Doc off the hook.

Without a plaintiff, the lawsuit that accuses Straight Outta Compton of defaming former NWA manager Jerry Heller may not proceed, according to a Monday court filing. Although the court has tossed most of the complaint during the course of the proceedings, there is still one claim that survives: that Heller was portrayed as exploiting an unsophisticated young artist by discouraging him from hiring a lawyer during contract negotiations. (The Hollywood Reporter)

“I think some of the things that were said about him in that movie literally broke his heart. There are more than one, what we call causes of action, that means claims, one claim of course is for defamation where you just lie about someone and defame them. That case is going to be somewhat altered because future damages can’t be demonstrated because he’s not there but we can still prove the defamation. We’re going to do that – the other parts of the case aren’t affected by his death at all. His lawsuit against Tomica for violating a confidentiality agreement, that’s a fact.” (TMZ)

TMZ broke the story … Heller slammed into a minivan in Thousand Oaks, CA after suffering a “medical emergency.” TMZ was initially told he was taken to the hospital for injuries, but when you look at the damage to the vehicles, the impact clearly was not that severe. Now we know EMTs administered CPR on scene, and Heller was unconscious. From everything we now know it appears Heller suffered a heart attack, lost consciousness and the car continued on its path until it hit the minivan. (TMZ)