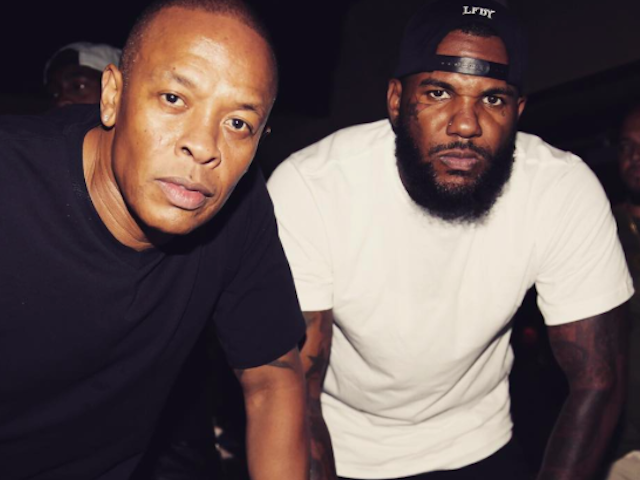 Music mogul Dr. Dre can finally put the controversial law enforcement run-in from earlier this week behind him after having the case rejected.

According to reports, the Doc does not have to worry about a legal war after getting detained by cops on a weapon possession claim.

Law enforcement sources tell us the L.A. County District Attorney has already rejected the case for insufficient evidence. As we first reported … cops say they found NO gun on Dre after searching him Monday at his Malibu mansion. Our sources close to Dre weren’t the least bit surprised by the D.A.’s decision since the whole case was “ridiculous.” (TMZ)

“As you know, professionally I’m a big Dr. Dre fan. Personally, I’m not such a big Dr. Dre fan but I think this was all bullsh*t,” Heller said referring to Dre being handcuffed and detained by Malibu police. “I wasn’t there but it just all sounds like bullsh*t. What did he do? He’s trying to leave his house. That’s all and the guy had his driveway blocked. You would have done the same thing. Obviously that’s very upsetting to me – [would it happen if it were Eminem?] No. Definitely not. Without knowing all of the facts, it seems to me like it was a racial issue and that upsets me.” (TMZ)

According to reports, Dre’s dispute with a motorist briefly had him detained by cops outside of his Malibu home.

Sources close to Dre tell us the motorist had pulled off PCH and stopped in front of Dre’s crib. We’re told Dre asked him to move, and he did … but cussed at the mogul as he did it. Dre pulled into his driveway, but the other driver kept yelling — so Dre pulled out his phone to record video. Our Dre sources claim the guy said, “Here we go again, another black guy with a gun.” L.A. County Sheriffs tell us the motorist called 911 to report someone pulled a gun on him. (TMZ)

Shortly after the incident, Dre’s team issued a public statement.

The press release also states that Young was “cooperative with investigating deputies, consented to a search of his person, and denied all allegations regarding the handgun.” According to the release, Young explained that the “alleged victim was parked directly in front of his residence blocking his driveway, and he asked him to leave. Mr. Young said the person then drove a short distance away, but immediately returned and parked near the same location in the center median in front of his residence. (E! News)