Music pioneer Doug E. Fresh is clearing the air. The hip-hop veteran has stopped speculation and reports about having a lawsuit out against Fox’s hit “Empire” TV series.

Over the past few days, Fresh has gone to Twitter to deny the growing coverage. 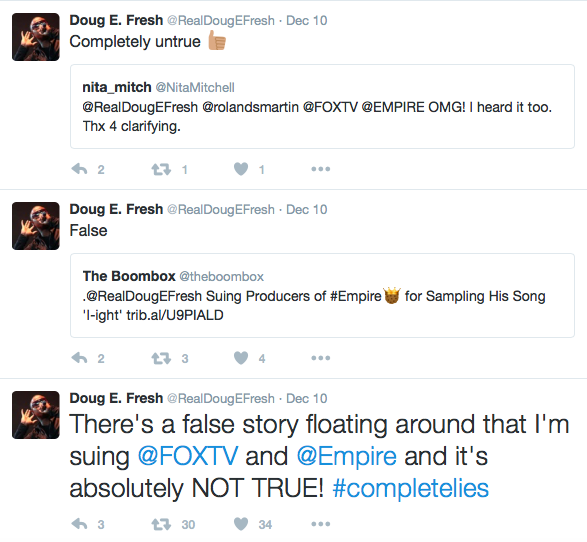 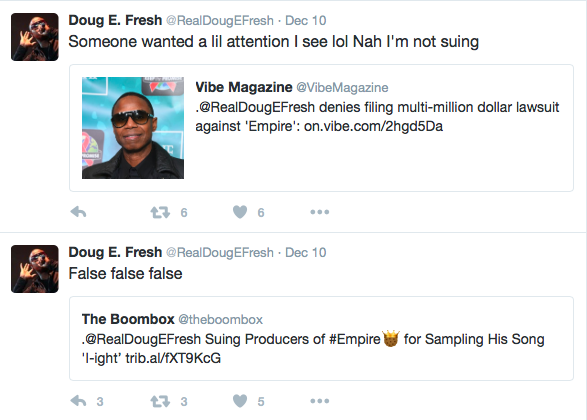 Last week, a media press release went out and claimed Fresh planned to take legal action against “Empire” over a copyright issue.

Publishing mogul and CEO of Wonderboy Entertainment, Rasheed Rahan Wonder has teamed up with Doug E. Fresh and songwriter Unique Mecca Hall to officially file a Multi-Million Dollar lawsuit against Fox’s top-rated show, “Empire”. The lawsuit contends that during season two of Empire, the show sampled the 1993 Doug E. Fresh hit song, “I-Ight” (Alright). The track was illegally sampled and used in the song “No Doubt About It,” which was performed on episode 3 by Pitbull and Jussie Smollett, as well as featured on Empire: Original Soundtrack from Season 2 Volume 1. The song was produced for the show by Timbaland, who was recently replaced as the musical director of Empire after two seasons. (Press Release)

A few weeks ago, buzz developed about “Empire” landing actress Nia Long for a role in its current season.

Last month, rapper French Montana flexed the impact his presence on “Empire” had. 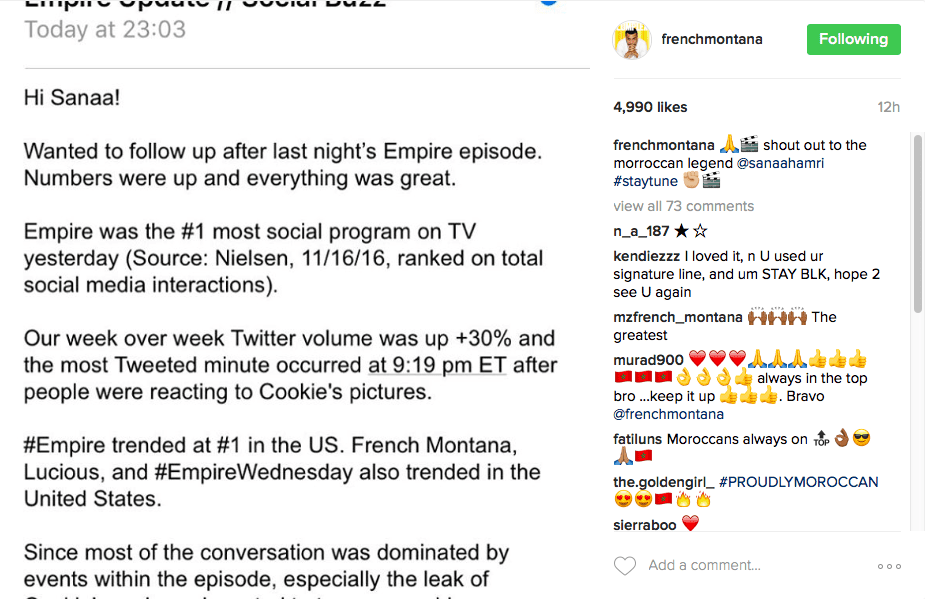