Rap newcomer Young M.A has no problems with the dream rumor of Nicki Minaj having a thing for her. The New York native has reacted to viral gossip about the self-proclaimed Barbie feeling her.

In a new interview, Young M.A considered the idea of Nicki going single and wanting to start something up with her.

“Yeah, I heard Nicki Minaj, her interview on Hot 97. I don’t want to assume it’s that, though, because people take things out of proportion or whatever. Everybody took it like she’s got a thing for Young M.A. If you didn’t hear that from her, personally tell you, ‘I have a thing, I don’t have a thing,’ [laughs], because she did say that but she didn’t purposely say, ‘I want Young M.A,’ or anything like that. So, I hear her, she’s just giving love, giving props, showing respect ’cause she’s an OG. If she did mean it, well cool. You know what I mean? Definitely appreciate that, Nicki.”

#PressPlay : #OOUUU #NickiMinaj says #MeekMill is the "ONLY human" she has a "thing" for–That "when you tired of ya man gimme a call" text is about to come through 😩 🎥Via: @fusetv

Over the past couple weeks, Young M.A has fueled romance rumors with vixen Tori Brixx. 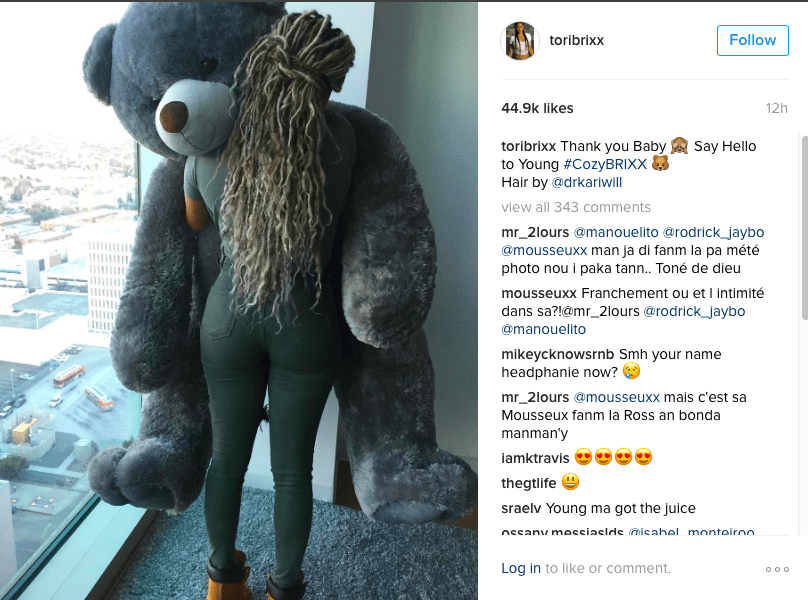 So nice had to come out and perform twice! BROOKLYN!! @jeezy wat up! #PowerHouse #Barclays

So nice had to come out and perform twice! BROOKLYN!! @jeezy wat up! #PowerHouse #Barclays