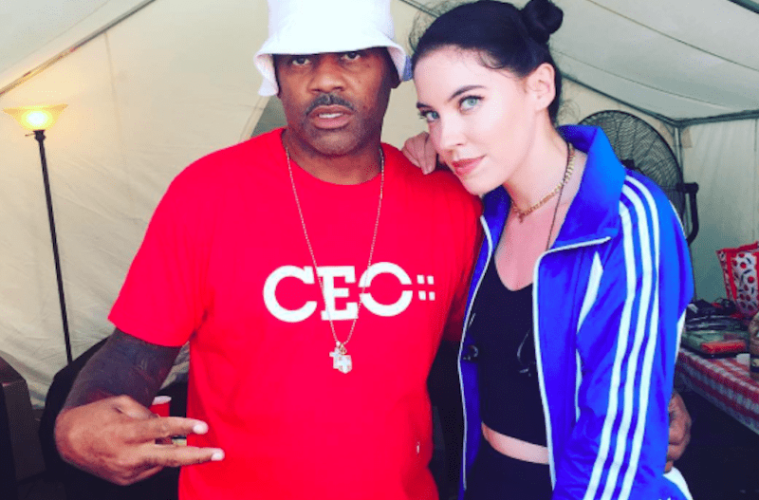 Music mogul Damon “Dame” Dash is preparing to take over the TV world. Reports claim the New York native will launch a series set on telling the story behind Roc-A-Fella Records.

Dash has partnered with “Preachers Of L.A.” executive producer Lemuel Plummer for an upcoming TV series about the Roc’s rise and fall.

“It means a lot that Damon trusts us to tell the story – the true story – of how two global music icons got their start and did nothing less than redefine pop culture,” Plummer said. “That story is so unbelievable and yet so true that we know we have an awesome responsibility as storytellers to get things right.” Envisioned as a series that Dash and Plummer specifically liken to HBO’s Vinyl or The People Vs OJ Simpson, the show will examine the meteoric rise of the company that established Jay-Z as a leading voice in hip-hop, and later launched the career of Kanye West, while looking at the high cost of fame and the pursuit of it. (Deadline)

Back in May, former Roc producer Just Blaze revealed he previously wanted to fight Dash. Earlier this year, Dash talked about how Jay Z‘s Roc brand fell apart after he stepped away from the company in the mid-2000’s.

“Roc-A-Fella doesn’t exist anymore really and it never did since I left, neither does Rocawear. Actually, name something that I created and left that still exists. No, for real. All of those things. I knew once I walked away from Roc-A-Fella that it wasn’t going to exist no more and Rocawear. I was like y’all head that ship for the next three years and then it’s on a Titanic. They just didn’t want me to have it, they didn’t want us to have it. Roc-A-Fella wasn’t doing bad when it had Kanye, Jay, Cam’ron it had all of those things, right?” (“Dr. Boyce Watkins”)

“It wasn’t about being cool. If he would’ve been cool about me doing my own thing, because I was cool with him doing his own thing. I didn’t want to do that no more. Regardless of what he did, I wasn’t in the Jay Z business no more. I had already moved my sh*t to Rocawear and created Rachel Roy. I was done with hip hop and music. They could have that block. I wanted to sell a whole ‘nother drug. I was bored with it. I was done with it.” (“Dr. Boyce Watkins”)