Michel’le went to Instagram Monday (October 17) to reveal Winfrey hit her up. 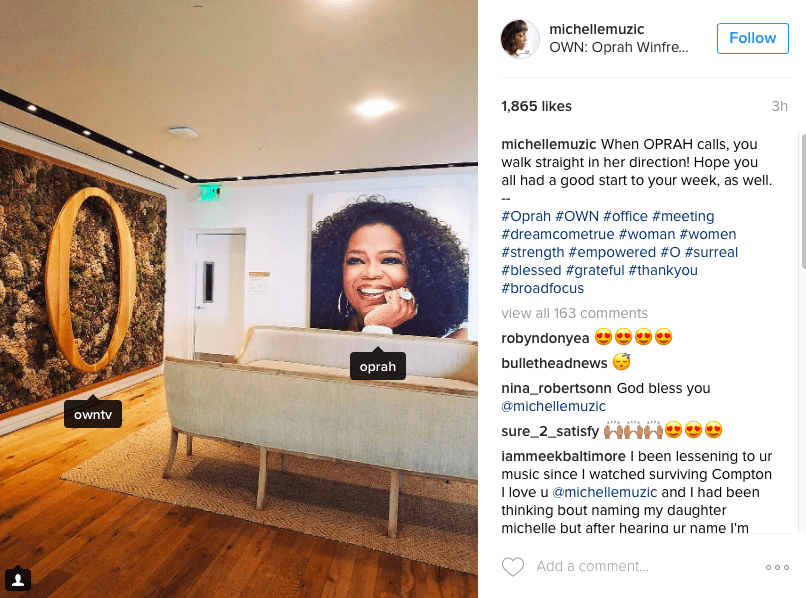 A clip to help pass the time. 😋

“Surviving Compton: Dre, Suge & Michel’le” depicts the singer’s past relationship with Dre — they have a 25-year-old son together — and includes her allegations of domestic violence. She insists Dre’s cease and desist letter is an empty threat because she has the truth on her side. (TMZ)

In 2015, Michel’le did not accept Dre publicly apologizing for past female abuse and claimed he only made those comments to promote his Straight Outta Compton box office hit.

“I didn’t ask for a public apology and I think if he is going to apologise he should do it individually. To just group us like we are nothing and nobody – I just don’t think it’s sincere. … He’s selling a movie. I just think its good PR at the moment. … It was a little different because we were a couple, so of course if he held me after he beat me I took that as a form of love. … I had to cover two or three black eyes for my videos, and one of the make-up ladies.” (BBC UK)