According to reports, cops are on the prowl for King over a courtroom no-show.

King Ba was supposed to appear in front of a Texas judge Thursday on forgery charges but he was a no-show. The judge fired off a warrant for his arrest.
TMZ broke the story … Ba was busted last month after cops claimed he forged more than $5,000 in U.S. Treasury checks. Police put out a warrant for Ba and he turned himself in after seeing his face on a local Crime Stoppers alert. (TMZ) 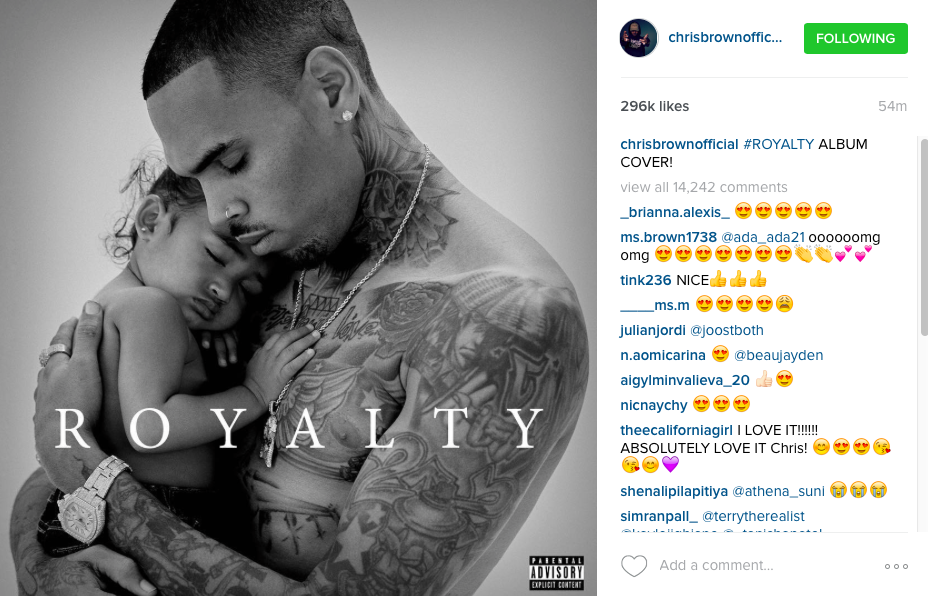 Barring any setbacks, the Royalty album will land on store shelves next month.

The R&B superstar’s seventh album will arrive on Black Friday, Nov. 27, it was announced today on Hot 97. The album, which has spawned the singles “Liquor” and “Zero,” was named after his one-year-old daughter. (Rap-Up)

Chris Breezy posted up pictures from a recent outing with his daughter Royalty onto Instagram last month.

the queen before the game.

I'm too blessed for the bullshit. People who have had to sit a watch me for years do me and watch their females actually love me always show their insecurities. I embrace anything God has given me. It's bigger than this music shit. I'm content with being Chris Brown. A lot of people are unhappy and a lot of these artist lie to the fans or rely on hype to gain substance. You niggas bore me. Ima keep being who God made me to be! 💯 #IAMMUSIC #othersbarelyholdanote #thesehandsworkgreat