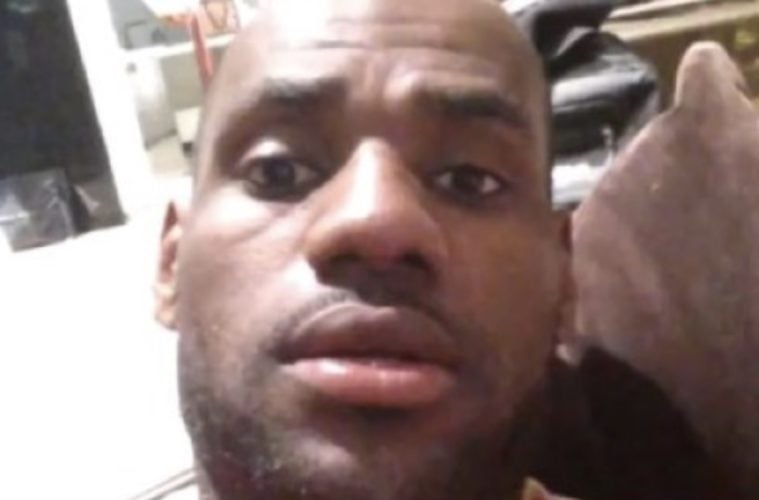 President Donald Trump might be the only person capable of low-key calling LeBron James dumb just days after the NBA superstar launched a highly-praised I Promise school in Ohio. The head of state has managed to surprise no one by going at King James.

Heading into the weekend, the Trumpster lit up James on Twitter following an interview he did with “fake news” outlet CNN’s Don Lemon.

Lebron James was just interviewed by the dumbest man on television, Don Lemon. He made Lebron look smart, which isn’t easy to do. I like Mike!

Throughout the new interview, King James doesn’t hold back on discussing his personal issues with Trump.

LeBron James (@KingJames) says Trump's trying to use sport to divide people, but he believes it brings people together. He sits down with @donlemon at the opening of his new elementary school for at-risk children in his hometown of Akron, Ohio. Watch 10pET https://t.co/koTK4RarqE pic.twitter.com/CQYsTz2Fzl

Re: that Trump tweet. That angers me beyond belief. I don’t want my future kids growing up in a world where two Black men, accomplished in their field, are called dumb because they disagree with your views. LeBron should be commended this week for his actions, not insulted.

The Donald J. Trump Foundation is being sued by New York's Attorney-General, for 'persistent illegal conduct'.

I know who I'm riding with. https://t.co/yNGUhvcXxk

You don’t want that smoke https://t.co/GHcXLuw7kz

LeBron is a smart dude (and one of the most thoughtful athletes we have) – this is a bullshit tweet and feels more than a little racist. You’re a constant embarrassment. https://t.co/QxYpuyHsuW

These past few days, Bron Bron has geeked out over opening up his Akron I Promise school.

The jitters before the first day of school are real right now!!! Tomorrow is going to be one of the greatest moments (if not the greatest) of my life when we open the #IPROMISE School. This skinny kid from Akron who missed 83 days of school in the 4th grade had big dreams… https://t.co/PwmRaHRfng

big dreams for the kids in Akron to give them everything they could need to find their passion, give back to our community and change the world!! This school is that. The people are that. Akron is that. @LJFamFoundation we've always done it big

and it doesn't get bigger than opening day tomorrow (until the next thing we dream of 🤣) I'm so unbelievably proud and excited to see my kids, my home, and the 330 tomorrow. THANK YOU! Let's get it. Let’s go 💪🏾 @IPROMISESchool #WeAreFamily #IPROMISE

Our #IPROMISE School Staff are gathering all around the school to greet @KingJames kids as they arrive for the 1️⃣st day at 9am! #WeAreFamily pic.twitter.com/updAKRs6Fi