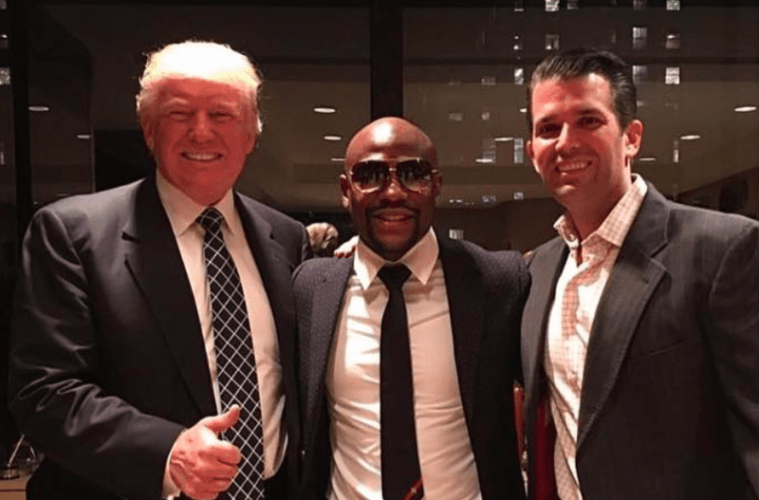 President Donald Trump is making sure he has time this week. The head of state has hopped on social media to blast ESPN host Jemele Hill.

The Trumpster took to Twitter Tuesday (October 10) to single out Hill for hurting ESPN’s ratings.

With Jemele Hill at the mike, it is no wonder ESPN ratings have "tanked," in fact, tanked so badly it is the talk of the industry!

Why is the NFL getting massive tax breaks while at the same time disrespecting our Anthem, Flag and Country? Change tax law!

A big salute to Jerry Jones, owner of the Dallas Cowboys, who will BENCH players who disrespect our Flag."Stand for Anthem or sit for game!"

Over the last 24 hours, various hip-hop personalities have rallied support for Jemele.

A couple nights ago, Jemele raised eyebrows after publicly calling out the Dallas Cowboys’ ownership for telling players they couldn’t disrespect the National Anthem.

Don't ask Dak, Dez & other Cowboys players to protest. A more powerful statement is if you stop watching and buying their merchandise.

If you strongly reject what Jerry Jones said, the key is his advertisers. Don't place the burden squarely on the players. https://t.co/Gc48kchkuv

This play always work. Change happens when advertisers are impacted. If you feel strongly about JJ's statement, boycott his advertisers. https://t.co/LFXJ9YQe74

YOU HAVE TO BE F&*[email protected]#$G KIDDING ME!! THEY SUSPENDED @jemelehill?? Sis…we are with you.

So ESPN suspends Jemele Hill. Now if you don't think theres a war on African Americans in this country. You're living under a rock.

This Jemele Hill suspension is one of several recent attempts to silence and intimidate Black people who dare resist. Pay attention folks.

@espn is doing @jemelehill dirty just like @nfl is Blackballing Kap. Hard to express your opinions when you are black or brown. #Retaliation

Details on ESPN Suspending Jemele Hill For Speaking The Truth About The NFL, Jerry Jones & Racism on Twitter https://t.co/fvQ2W3cGub pic.twitter.com/vx0lA7V4xi