We The Best CEO DJ Khaled has officially stepped forward to announce his support of Democratic presidential candidate Hillary Clinton this week.

In a new interview, Khaled professed he would rock behind Clinton by voting for her in the upcoming election.

When asked about the 2016 presidential election and the Republican nominee Donald Trump, Khaled said, “I’m not votin’ for him [,Donald Trump]. No. Definitely not voting for him. The key is to vote because we need a vote to put the people in power that we want to represent us. So I’m definitely gonna vote for Hillary.” (Yahoo! News)

“If you’re voting for Trump or Hillary Clinton, you’re voting for the same thing. All of us as citizens need to kind of get over our classism and vote for the betterment of us all,” Mike said in an interview. “[Trump’s] batsh*t crazy, but I don’t think he would call for the assassination of another presidential candidate.” (TMZ) 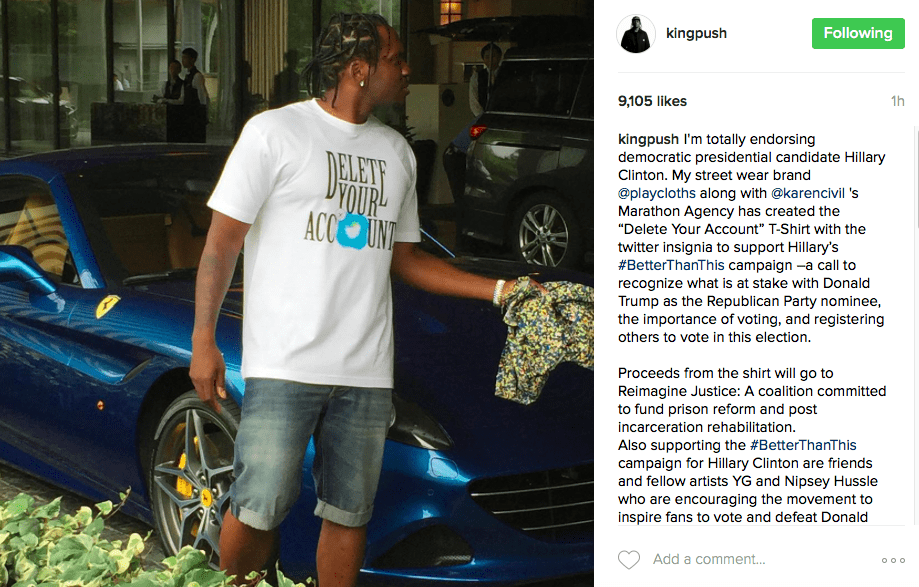 A few weeks ago, rap star T.I. went in on Donald Trump.