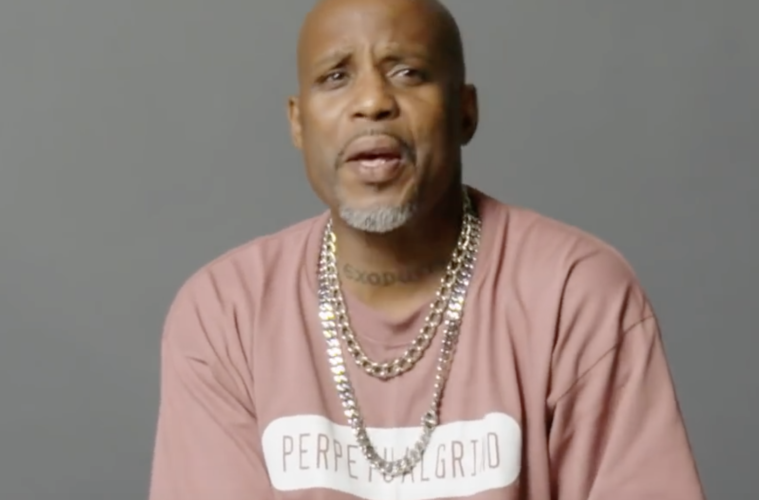 DMX Says Eminem Really Doesn’t Want It W/ Him + Begs For JAY-Z Battle: “I’d Rather Go With My Arch Nemesis”

New York rapper DMX really, really, really wants to go head to head against JAY-Z. The hip-hop veteran has continued to make a major plea to battle Young Hov in a hits battle.

X To The Izzo

New footage has emerged of X downplaying his interest in battling fellow rap veteran Eminem. Instead of entertaining a Marshall Mathers bout, the Ruff Ryders head explained why he wanted to go up against JAY.

In a recent interview, DMX talked about going face-to-face against JAY-Z. Despite Young Hov having more than 10 albums to his name, X said he would take on his longtime pal.

Last month, X held a virtual Bible study session on his Instagram Live. He read from the Holy Book, including a verse from Ecclesiastes, and preached to listeners while professing his faith.

“God put it on my heart to speak. This is new to me. This is not what I do. I ain’t with showing everybody what I’m doing at every minute. That’s just not me. That’s not how I get down. You see me when you see me. It is what it is. That’s how I get down. I ain’t gon’ change. I love who I am. I’m God’s child. We all are. ‘A time for crying, a time for laughing, a time mourning and a time for dancing, a time for throwing stones, a time for embraces, and a time for avoiding embraces.’ ‘A time for embraces, and a time to avoid embraces.’ What! Come on. At the end of the day, at the beginning of the day, it’s going to be God’s will. If you try to understand why He does, what He does, you’re just going to end up with a headache. Just do the right thing. As long as you got God, it’s gonna be alright.”