Ruff Ryders leader DMX is back like the Dark Knight‘s evil nemesis. The hip-hop veteran has cemented a big return to music-making with his new “Bane Is Back.”

After recently teasing fans about a comeback, X has decided to let his new Swizz Beatz-produced track out to the masses.

Over the past few days, X and Swizzy have hinted at new music coming. 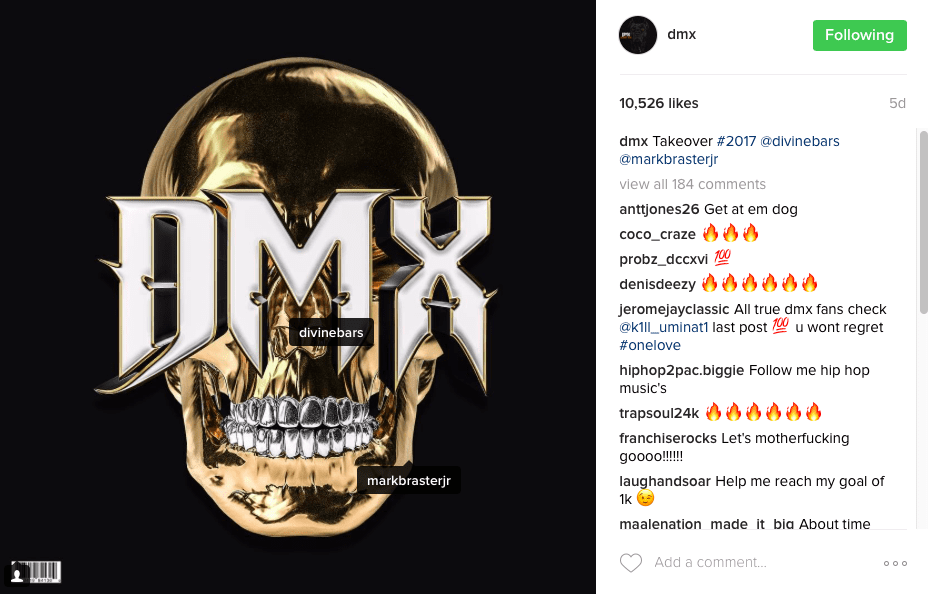 In early December, Swizzy showed off some footage of X back in his music-making mode.

Tonight was epic I got my Brother @dmx to do his freestyle from 95 when I 1st met him wowwwwwww… https://t.co/mwX4wvx03k

My bro The Great @dmx Together we RISE. You are a powerful testament of Human resilience. The Biggest Living Hip Hop Brotha in the game. A real artist who never compromised anything. One of One. I LOVE U MAN! #RMC2016