Former Ruff Ryders leader DMX is making headlines this weekend for allegedly being named in a potential sexual assault investigation.

According to reports, a woman accused of stealing X’s $30,000 watch heading into the weekend claims he sexually attacked her in California.

Costa Mesa Police Department tells TMZ when they arrived, they found the girl with the watch and arrested her for theft. However — once in cuffs — she claimed the rapper had sexually assaulted her. Our X sources say he got his watch back but the girl’s story is BS … there was a ton of other people around in the hotel room and he never hooked up with her there. Cops say they’re still investigating the girl’s assault claim. (TMZ) 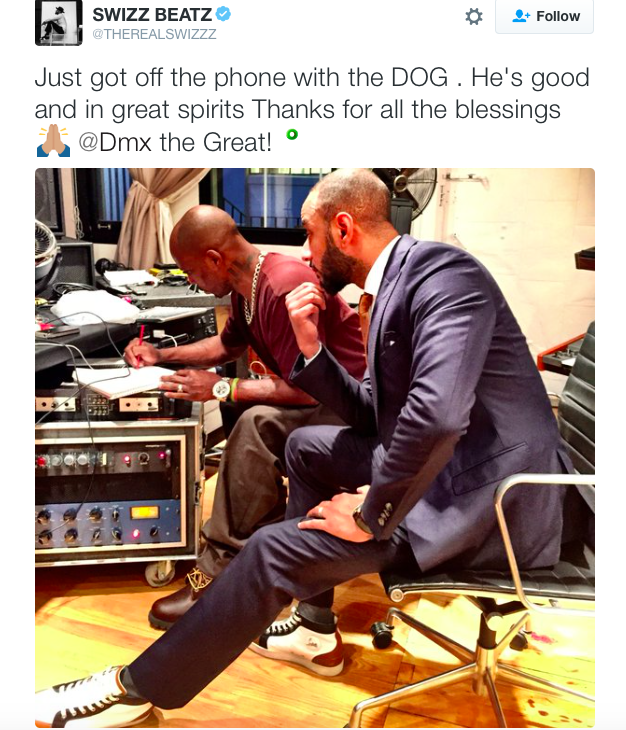 The “Party Up” artist was reportedly no longer breathing by the time Yonkers cops responded to a call outside the Ramada Inn where he fell unconscious. The officers immediately began performing CPR on the rapper’s lifeless body after arriving to the scene — and his pulse returned roughly a minute later. (NY Daily News)

Details about X’s initial condition and hospitalization surfaced online early in the morning.

Sources close to DMX tell us he was outside his room at the Ramada Yonkers in New York Monday evening when he started complaining of shortness of breath and pain in his chest. We’re told the rapper has a history of asthma — so his entourage sprung to look for his inhaler — but it was too late … he had collapsed to the floor. We’re told an ambulance was called, and X was transported to a nearby hospital … where he’s currently receiving breathing treatments. (TMZ)