Hughley went to Twitter this week to make a point about Jean’s past #AllLivesMatter stance. 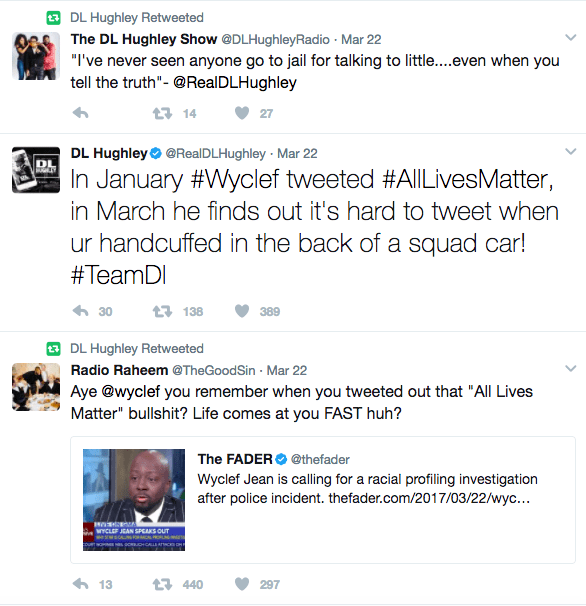 In light of #WyclefJean recent arrest, what are your thoughts on his previous tweets?

The sheriff’s department said in a statement it was “apologetic for any inconvenience” after detaining Jean for six minutes, and cleared him of any connection with the initial crime. Deputies “are frequently required to make lawful detentions, under the strict parameters provided by law, in the interest of catching often dangerous and armed suspects in our communities and keeping the public safe,” the department said, adding, “We are grateful we were able to apprehend the robbery suspects and that no one was seriously injured.” (NBC News) 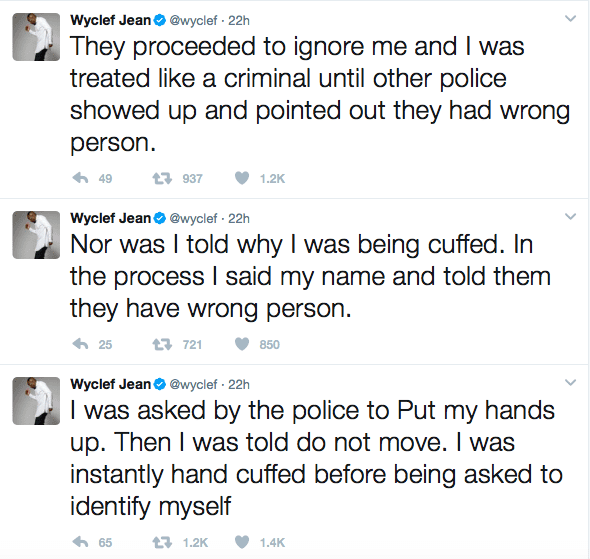 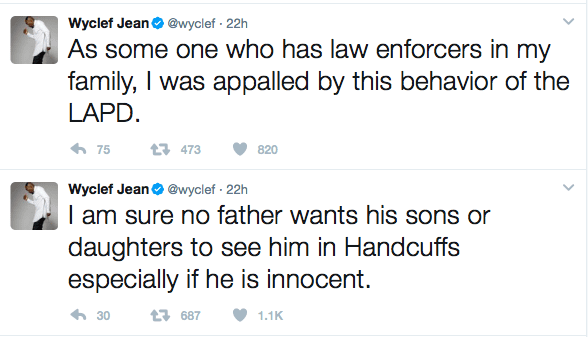 The music veteran made sure to release footage of his LAPD run-in.

#PressPlay: #WyclefJean shares a video of LAPD handcuffing him for mistaken identity