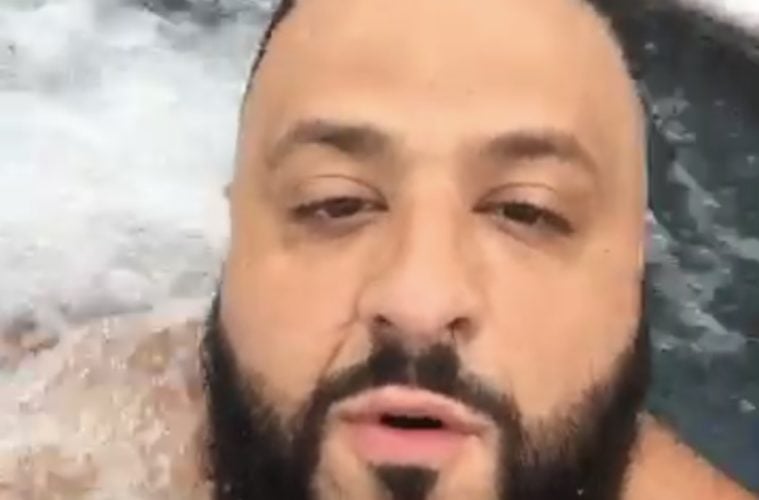 We The Best CEO DJ Khaled doesn’t have smoke for Tyler, the Creator. New reports claim the hip-hop hitmaker’s alleged explosion over Father of Asahd narrowly missing a chart-topping debut had nothing to do with the Odd Future leader.

A new reports claims Khaled’s issues are directly connected to Billboard for excluding some of his LP’s numbers.

DJ Khaled‘s reported anger about the sales of his album have nothing to do with the success of Tyler, the Creator, and it turns out his frustrations are actually with Billboard for allegedly choosing not to use a huge chunk of his sales and smashing his chances at a #1 album over a petty disagreement. Multiple sources familiar with the situation tell The Blast, Khaled’s “Father of Asahd” missed becoming the #1 album because over 100,000 album downloads for the hip-hop producer were “disqualified” over the running of a promotion that Billboard said “was not approved.” (The Blast)

According to initial reports, Khaled low-key had a major blow-up at Epic Records when his newest compilation album didn’t debut at No. 1.

Multiple music sources told Page Six that the rapper and producer is fuming at his label after his ballyhooed new album, “Father of Asahd,” failed to debut at the top of the charts. “He stormed into Epic with an entourage,” a source said. And when projections showed his new record looked likely to come in second, “he was angry and yelling. He threw a temper tantrum,” blaming the also-ran album placing on his label chiefs’ not understanding streaming services and bundle deals. (Page Six)

The same reports claim Khaled believed his label didn’t go hard enough for him this time around.

A second source, who also described how the disappointed DJ did not hold back his displeasure, added, “No. 2 won’t do for Khaled. He was not happy when the album didn’t debut at No. 1 . . . Not happy at all.” An industry insider added: “He was furious. There was some nasty stuff said. Publicly, he’s all about ‘positivity,’ but there is a mean side to him that people don’t see . . . He overhyped the record and blew it up as his biggest album ever.” (Page Six)

Despite the negative story, Khaled has continued to live his best life promoting the LP across social media.