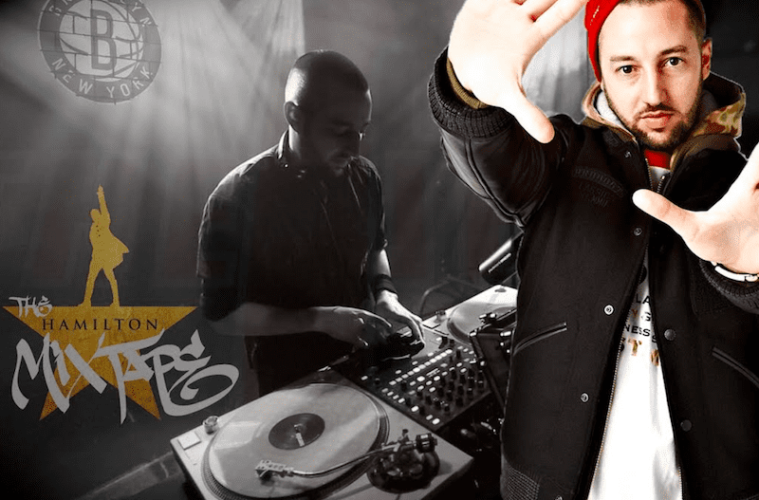 DJ J. Period’s Top 5 ‘The Cipher’ Gems: “When You Get That Level Of Attention, You Have To Put Up A Wall” [Audio]

[The great DJ J.Period, best-known for his “musical documentary” mixtapes, including the just-released smash The Hamilton Mixtape, recently sat down with hip-hop personality and SOHH correspondent Shawn Setaro on his popular “The Cipher” podcast. Listen to the full interview and check out five gems he dropped during the Q&A.]

On creating “I Wrote My Way Out” from The Hamilton Mixtape:
“Lin was the last person to add his verse to it. And it felt like his voice really needed to be in here somewhere, and that was the appropriate place to do it. Because this metaphor of writing my way out of my circumstances applies to Alexander Hamilton, it applies to Nas, Dave East, or Lin. So it was the perfect one for his voice to be in the air.”

On his role in The Hamilton Mixtape:
“The label had their idea of a song order, and Lin [Manuel-Miranda] had his idea of a song order that was more grounded in the show narrative. I came in with a slightly different take on it. I thought to myself, the only way to do this is to make it. So the first night I spoke to him, I sat in Electric Lady and I made a mock-up of the whole mixtape as I heard it in my head. And that framework ended up becoming the mixtape in its final form—with a lot of tweaking, obviously.”

On how dancing helped him become a great DJ:
“I think a lot of my skill as a DJ comes from my years dancing, because as a dancer you know how things should flow together to make you keep dancing. And that ebb and flow of energy is something that a lot of DJs don’t understand if they’ve never spent time on a dance floor. So the became a real tool for me when I started DJing.”

On working with Miss Lauryn Hill:
“I got to know her her on a person level, and that’s part of the reason why I don’t buy any of this stuff about how she’s crazy. She’s not crazy. She’s very smart. What happens is that when you get that level of attention, you have to put up a wall. And her wall is a firm wall, and not that many people get through it. I’m definitely blessed and fortunate that I was able to.”