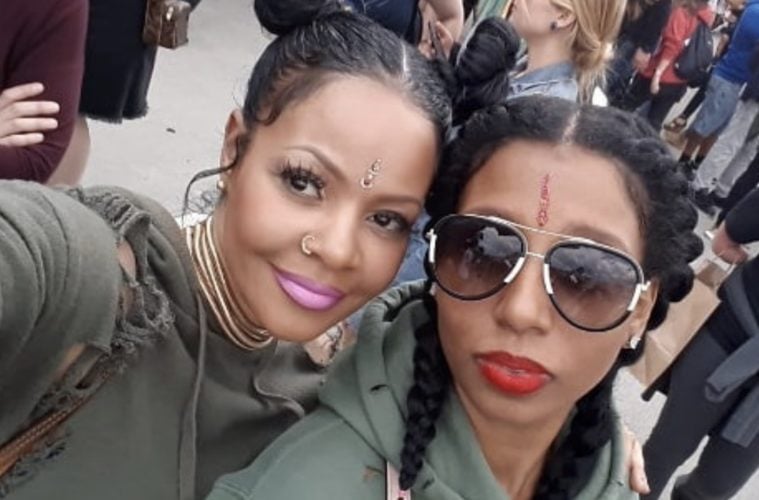 Motivational Monday. We’re all about the motivation SOHH why not get things going with Diddy‘s Black 100 list? Speaking of black excellence, is there real tension between Jermaine “JD” Dupri and Bow Wow? With exes on your mind, how about Nas‘ ex-girlfriend Carmen Bryan penning a child support book? All this coming up in SOHH Whatcha Think.

If there’s one music mogul all about serious black excellence, it’s Diddy. He pushes for seeing his peers succeed and moving the culture forward. Turns out there’s at least 100 people he sees as power players. His Twitter page has the rundown:

It's on the way. Thanks for the inspiration. #Black100

Should 50 Cent have made the cut? Did Diddy forget any key people? Are there some people who shouldn’t have made this list? #SOHHWhatchaThink?

Is there some real smoke between JD and Bow Wow? It looks like the duo are not messing with one another and Bow Wow is making sure everyone knows it. His Twitter has all the evidence:

I dont know why niggas start with me like i dont have the drop on these niggas lives… bro u better calm down before i tell the world about your wife. 😂

Why cant niggas just keep my name out they mouth pic.twitter.com/7rHGKFuvvq

Why cant niggas just keep my name out they mouth pic.twitter.com/7rHGKFuvvq

News- i never was signed to so so def “contractually” i was always on columbia. They let jd produce my album because he was on columbia. Why you think when he left he aint take me? He couldnt. 3rd album he was no where to be found on it FACTS https://t.co/pKj1USar4O

Do you believe this feud? Is Bow Wow trolling? Think this could get messy? #SOHHWhatchaThink?

While fans wait to hear what Kelis has to say about ex-husband Nas, it looks like Carmen Bryan has some things to get off her chest. Her new A Cautionary Tale Life After Child Support When The Checks Stop Coming is officially out. Her IG has the announcement:

Did she need to drop this? Which celebs should read it? Are you going to support it? #SOHHWhatchaThink?