Music mogul Diddy is putting some respect on Notorious B.I.G.‘s name. The hip-hop executive has remembered his late protégé with help from fellow hip-hop artists Fabolous and Post Malone.

Puff Daddy went to Instagram with a memory of Biggie and shared clips remembering the late rap icon.

IT WAS ALL A DREAM! S/O my brother, Brooklyn's own @myfabolouslife!! Post your favorite Biggie verse, tag me and use the hashtag #WeMissYouBIG!!

My brother @belly doing it for B.I.G. like this! Post your favorite Biggie verse, tag me and use the hashtag #WeMissYouBIG!

The companies made the announcement on Monday at the Berlin Film Festival. The project will be directed by the Malloys (Emmett Malloy and Brendan Malloy) and made in collaboration with Notorious B.I.G.’s estate and his mother Voletta Wallace. Submarine and ByStorm Films will service as co-producers. Producers are the Malloys, David Koh, Dan Braun, Wayne Barrow, and Keith Miller. Executive producers are Wallace, Stanley Buchthal, Josh Taekman, Mark Pitts, and Josh Braun. (Variety)

The rap icon’s former wife Faith Evans is currently gearing up to release their joint The King & I album.

On Friday (Jan. 3), the album went up for pre-order on iTunes with a release date set for May 19. The 25-song track list is also now available, with guest appearances by Biggie’s mother (Voletta Wallace), The LOX, Lil’ Kim, Lil’ Cease, Busta Rhymes, 112 and Kevin McCall. (Miss Info TV) 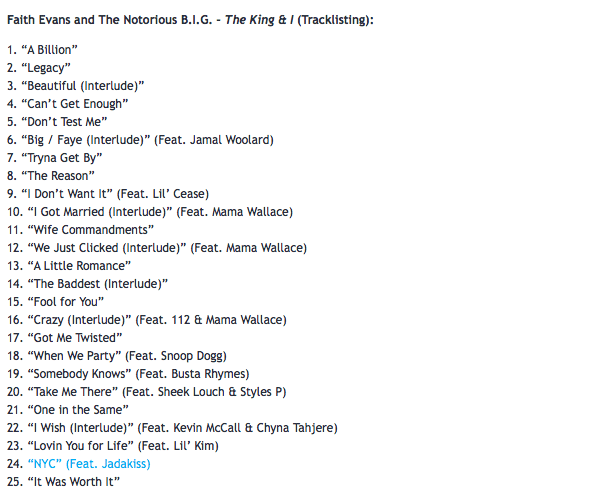 Last year, Faith teased fans about the status of her upcoming project. 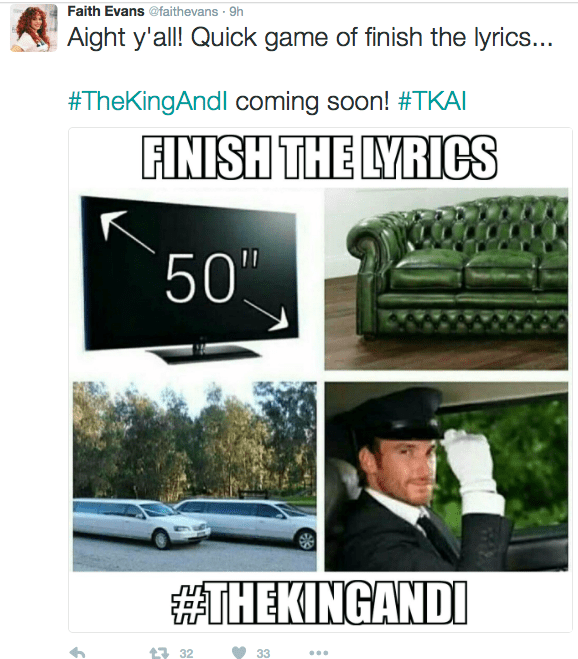 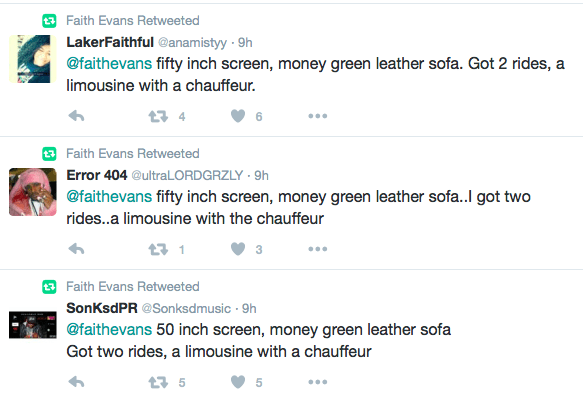