Music mogul Diddy, Miley Cyrus and Casey Veggies are all here for President Barack Obama. The trio have jumped on social media to tip their hats to the former head of state draped out in a black sweatsuit. 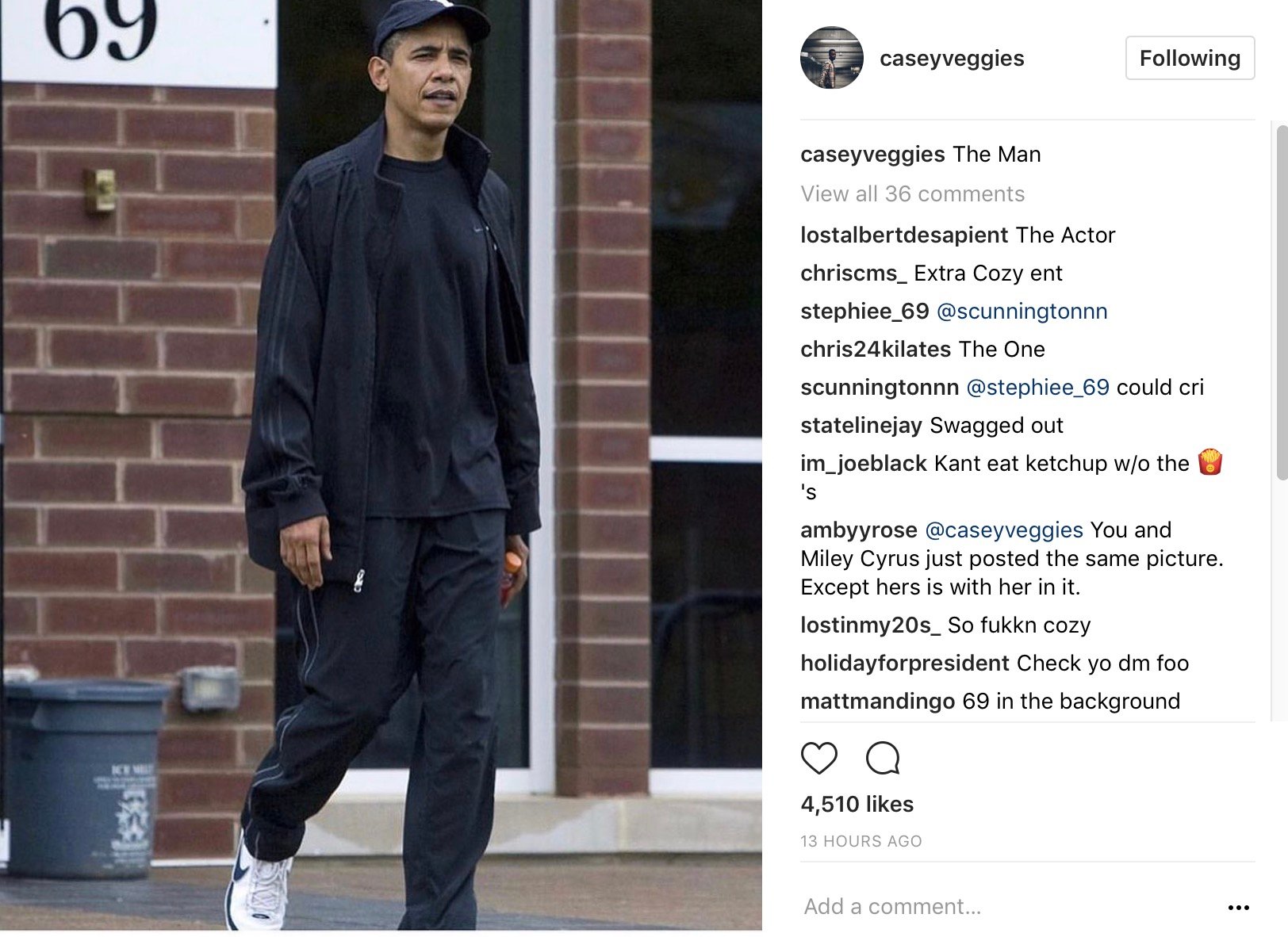 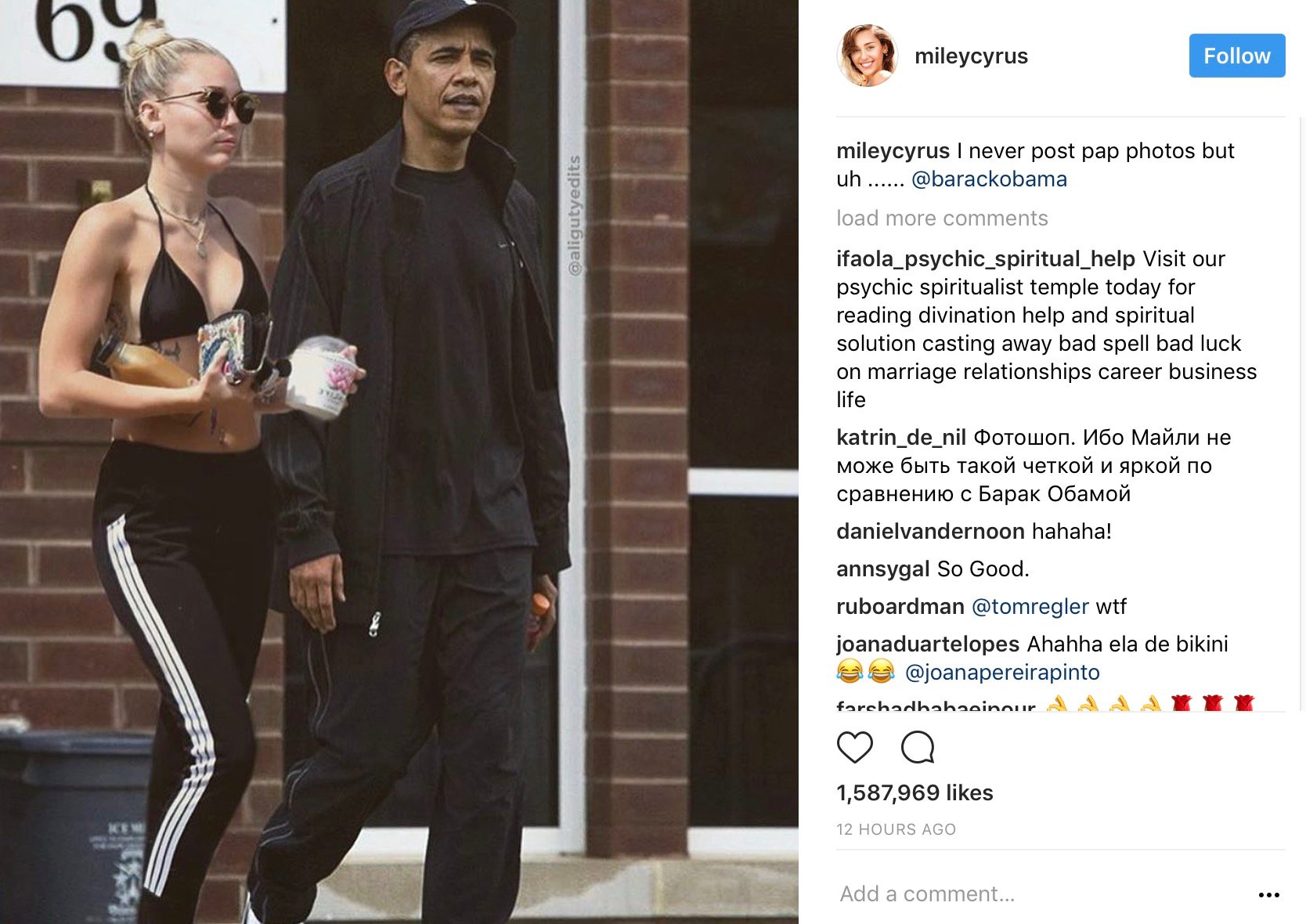 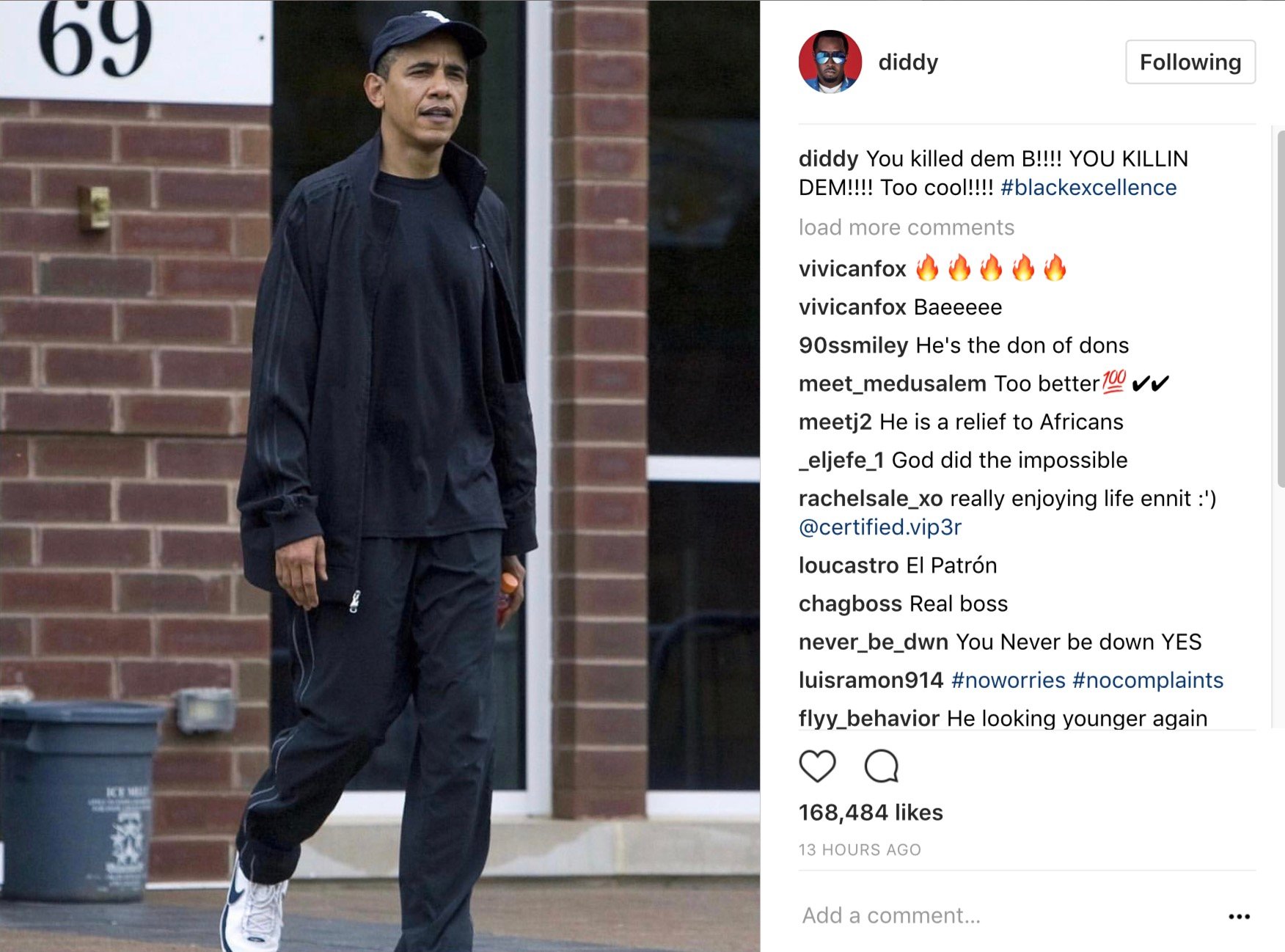 Back in June, President Obama spoke out on music icon JAY-Z‘s greatness.

“I like to think Mr. Carter and I understand each other. Nobody who met us as younger men would have expected us to be where we are today. We know what it’s like not to have a father around, we know what it’s like not to come from much, and to know people who didn’t get the same breaks that we did. So we try to prop open those doors of opportunity so that it’s a little easier for those who come up behind us to succeed as well. … Jay and I are also fools for our daughters although he’s going to have me beat once those two twins show up.”

Earlier in the year, hip-hop heavyweight Kim Kardashian shared a family pic of themselves and Barack. 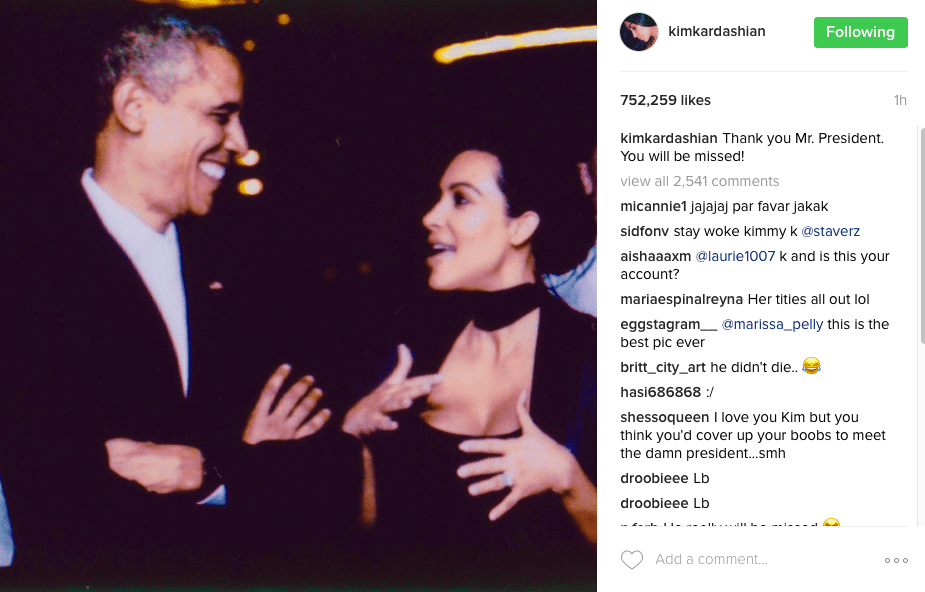 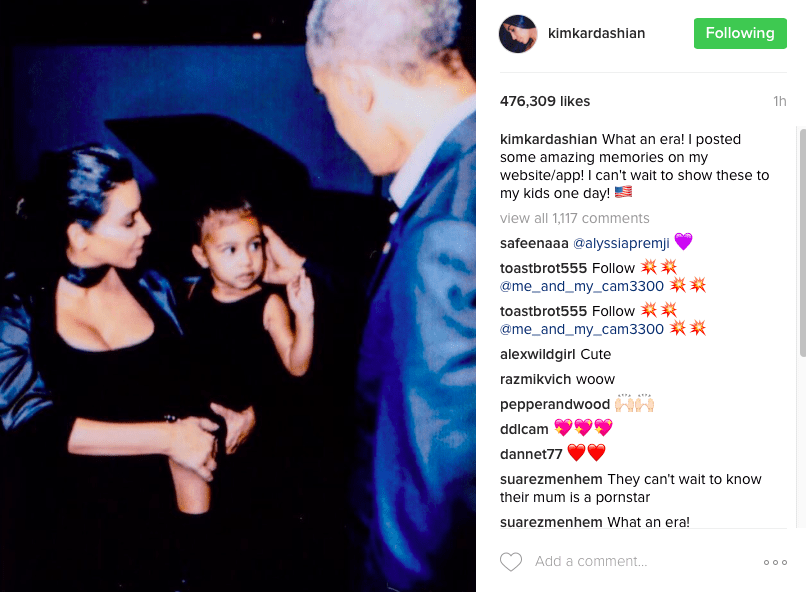