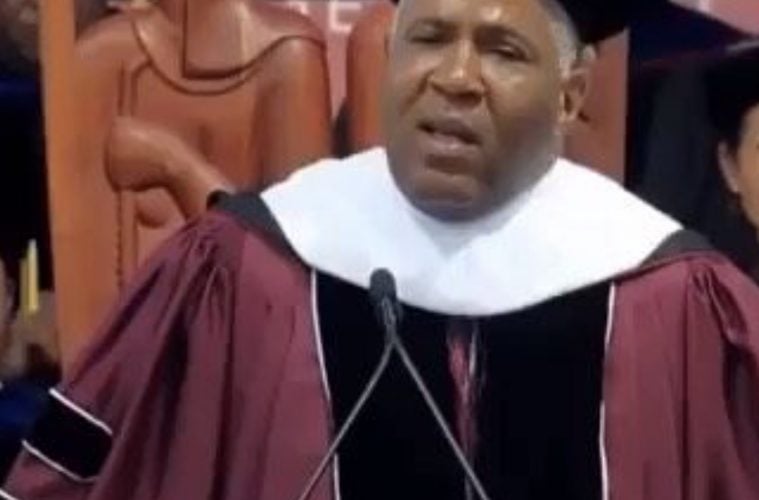 Your ticket to an all-inclusive cannabis and marijuana celeb panel is here! Join for free today and watch celebs talk about the culture!

Music mogul Diddy and Big Boi are in shock right now. The hip-hop veterans have reacted to billionaire Robert F. Smith pledging to wipe away a Morehouse Class of 2019’s student debts.

Both Puffy and BB went to Instagram with their reactions to Smith’s headline generating pledge.

During his commencement speech, Smith explained the importance of looking out for the future.

“This is my class: 2019. Now, I know my class will make sure they pay this forward. I want my class to look at these alumni, these beautiful Morehouse brothers, and let’s make sure every class has the same opportunity going forward.”

Robert has made past efforts to show his support for Morehouse.

Earlier this year Smith announced a $1.5 million gift. It officially established the Robert Frederick Smith Scholars Program at Morehouse College and was said to be for scholarships and an outdoor park for studying. Smith is the founder, chairman and CEO of Vista Equity Partners and is considered one of the wealthiest Black entrepreneurs today. His company, which has an estimated $14 billion in capital, was listed as No. 1 on Black Enterprise’s annual list of the most successful black-owned companies. He’s also made Forbes list of the 400 richest Americans, and in 2017 was named by Forbes as one of the 100 greatest living business minds. (Because Of Them We Care)