G.O.O.D. Music’s Desiigner is going to keep the “Panda” movement moving well into the summer with his new Chinese tribute performance to the Asian animal.

Desiigner releases a zany, Chinese sing-a-long performance video for his Billboard #1 hit single, “Panda.” Complete with a bouncing bear and plenty of dabbing, the visual is Desiigner’s homage to the endangered species’ native tongue. “Panda” is undoubtedly one of the biggest singles of 2016 worldwide and it has mounted the Brooklyn rapper into a cultural icon.

Watch the awesome Chinese “Panda” performance on the next page… 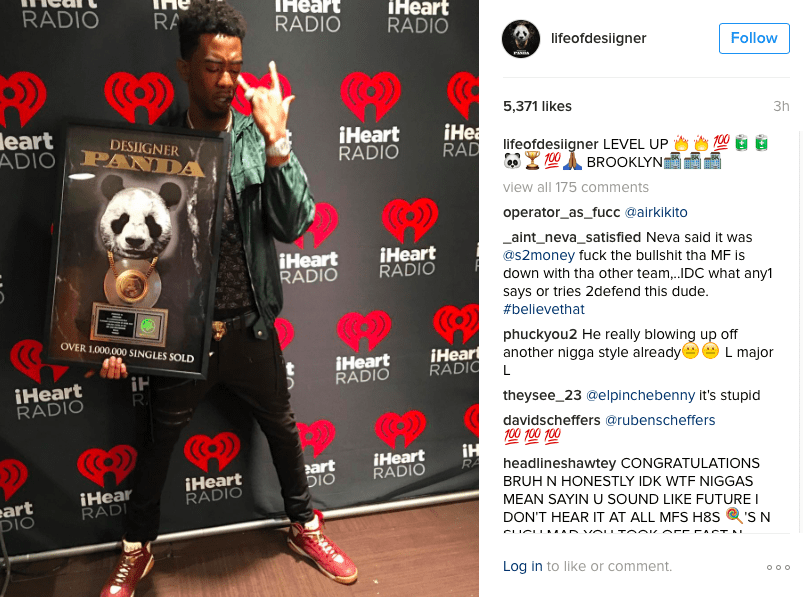 “I’m executive producing Desiigner’s album,” Dean revealed in an interview. “He’s a lot more of an artist than you think he is. He’s not just some Future knockoff. He talks like that — he sounds like he’s got Auto-Tune on his voice in real life. He talks like Future raps, which is weird. … I don’t know where he got his music influence. Just like that old sh*t that I had, the sh*t with A$AP Rocky and Yams and all that shit. Like Yams said they grew up on that music on the Internet. Me and Plain Pat were talking about Desiigner. To older people, listening to music is like soul music or old rock music. To Desiigner though [what’s out now] is all the music he knows.” (Billboard)