G.O.O.D. Music’s Desiigner is trying to make it a hot spring with his new “All Around The World” single. The New York native teamed up with producer Mura Masa for the new anthem.

With a new album around the corner, the joint effort arrived Monday (May 15) following mounted anticipation.

“I like to think I pulled a very good song out of him. Originally we sent him the beat and he kind of sent it back. I think he thought it was an EDM thing and he sort of had to do ad-libs over it. There were no verses. There were no lyrics. It was just him (mimics Desiigner ad-libs). I kind of had to dialogue with him, just carefully kind of persuade him in a traditional structure that he doesn’t really do.” “All Around the World” is the third taste of Masa’s album, following “1 Night” with Charli XCX and “Firefly” featuring Nao. (Complex)

In late April, Desiigner hinted at his long-awaited studio debut arriving this summer. 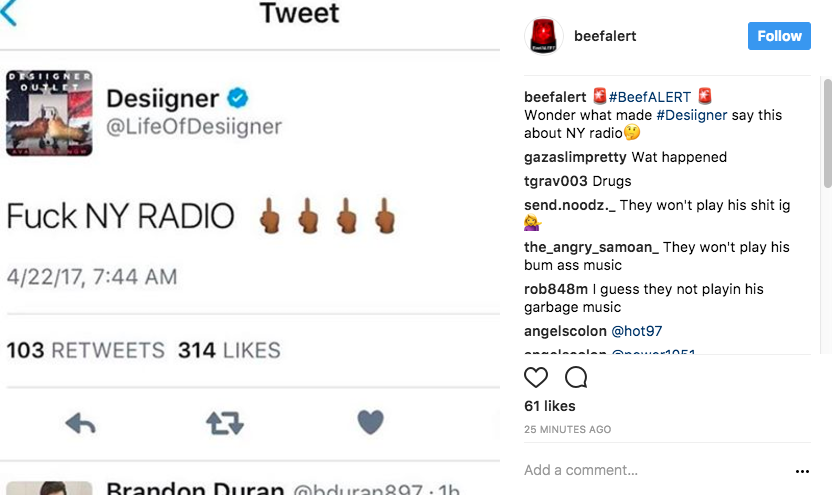