Early this afternoon, Young Thug had his bond hearing before a judge at the Fulton County court. The question of his bond was discussed at length with testimony from a stellar lineup of witnesses including music executive Kevin Liles, a 15-year-old motivational speaker, and community activists who all vouched for the embattled rapper’s release. In spite of it all, the judge denied the rapper’s bond, citing concerns about Thugger being a danger to the community, witnesses, and to other people in this indictment. 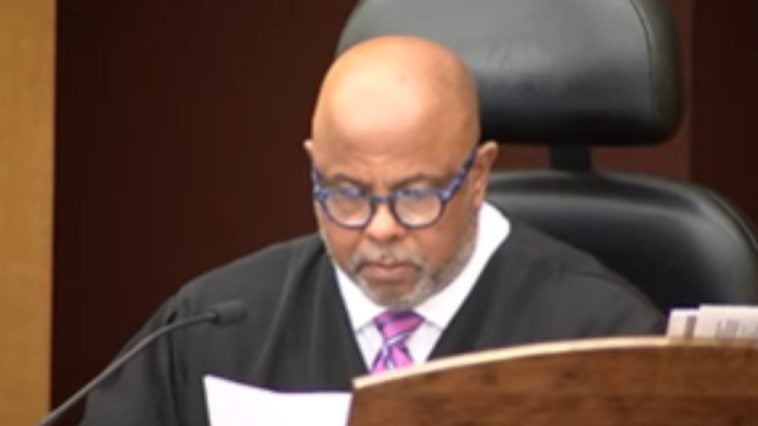 Judge Glanville began his closing statements by warning against any outbursts in the courtroom.  He then cited testimony from proffers– or witnesses – who stated Thug is indeed the leader of the YSL gang and that he is dangerous. The judge also referenced a group chat from 2015 in which threats were made to kill anyone who talked to authorities about the gang’s activities.

Two issues were stated by the judge as the concern to court: “Danger to persons and threats to intimidate other witnesses and obstruction of justice.”  The judge said “There have been significant proffers about Mr. Williams being a danger to the community, in particular to witnesses and other people in this indictment.  That he is the leader of the gang and that he is dangerous.”

Thugger, Gunna, and 26 other YSL members were named in a RICO indictment for murder, assault, robbery, and more.  Gunna was also denied bond and will remain in jail until his trial. The trial has been set for January 2023.

Young Thug’s attorneys put on an astonishing show of support during his bond hearing earlier today in the Fulton County Superior Court.

The decision by the judge was met by silence from the rapper and his supporters in the courtroom, including his parents, nieces, and nephews.

The rapper’s attorneys made a valiant effort to paint Thug as a contribution to the community and distance him from any gang activities.  They called cap on the state’s reliance on rap lyrics to win the case, saying the lyrics were taken out of context, written by ghostwriters and were not sung by Jeffery Williams, but by collaborators including Nicki Minaj.

Thugger’s bond hearing began early this afternoon with arguments by Brian Steel, Young Thug’s attorney.  Steel made the case for bail, stating “excessive bail is the equivalent of the decision to deny bail.”   Steel called for the court to provide home confinement, which would include restrictive measures including a GPS ankle bracelet, 24/7 police presence, no electronics or internet in the house, video surveillance and waiver of any privacy rights.  The cost for this home confinement detail was quoted as $1 million per year.

Jamille Mitchell, a community activist, was called as a witness to share a heartfelt testimony about Young Thug’s good works in their Cleveland neighborhood.  Mitchell shared how he has known Young Thug since he was 13 years old and how the rapper supports the youth cheerleading and football team and sponsors events for the community including backpack giveaways, clothing donations, and Juneteenth celebrations.  Mitchell, a college grad, called Thug a “motivator” and said,  “Without him, the neighborhood would be terrible.”

The testimony was followed by a string of character witnesses including a 15-year-old boy who says Thug raised him up from poverty to power and music industry executive Kevin Lyles who said he would personally back the rapper’s bond.

Judge Glanville — seemingly worn down by the prolonged testimony of Thugger’s supporters, called for a 15-minute break before coming back with the verdict.

“You’ve got the song and dance, now for the rest of the story,” the state prosecutor started after the break.  “This is all about money.”

The states’ attorney then asserted that the officers who would be hired to oversee Williams in the pricey proposed home confinement setup cannot be trusted to ensure the rapper complies with the bond arrangement.   He also stated that the glowing testimonies about Williams from community members did not negate the alleged crimes committed.  The prosecutor, facing the judge with his back to the courtroom, reminded the judge of what was found in Thug’s home when he was arrested.  “Bad people do good things. In his house, there are drugs all over the house. There are weapons all over the house, referencing a “switch” shotgun that was found on the premises.  “Mr. Williams is the head of YSL – the “S” doesn’t stand for Stoner – it stands for Young Slime Life.  It is a gang.”

The prosecutor then began to cite a litany of lyrics from YSL songs in which he connected to specific incidents that correlated to the lyrics. He referred to the song “Bad Boy” which the state believes referenced rival gang member, YFN Lucci, when he says “you better watch the way you look at me, killers stay with me.  I shot at his mommy, now he no longer mentions me.” The prosecutors cited an incident in which Lucci’s mother had been shot at saying “I believe that Mr. Williams doesn’t sing about theoretical acts, he sings about specific gang acts that he participates in.”

The prosecutor also reminded the judge of testimony from individuals who described Thug’s recruiting tactics to lure individuals into gang life.  “We have a proffer (evidence of testimony) from the mother of one of the defendants (cited in the RICO case) who says the community events are used to recruit new members of the gang.”

The state prosecutor implored the judge to withhold the bond, saying, “If you give him a bond, we’ll have more witnesses in danger.”

Here is a review of all the lyrics used to indict Young Thug, Gunna and YSL.

The state attorney Rosenwasser started off arguments this morning citing a conflict of interest with the attorney representing Young Thug – Mr. Brian Steel.  She stated that having Thug and YSL Bali, real name Damone Blalock who is also named in the RICO case, represented by the same attorney creates a conflict such that Blalock may not cooperate with the state if offered a plea deal.  Rosenwasser continued to state that as “a leader of the gang,” Thugger could exert undue influence on defendant Blalock, who may feel influenced not to testify against Thugger, creating a potential conflict of joint representation by Brian Steel.

Rosenwasser also suggested that a guilty verdict in the case could be reversed if Blalock later argued that his representation by Steel was compromised due to such a conflict of interest.  YSL members Martinez “Duke” Arnold, Quantavious “Unfoonk” Grier, and Blalock are also represented by Steel.

For his side, Steel’s representation argued that there was no conflict stating that “multiple representation is not by itself a basis for disqualification.”  They argued that Young Thug should be entitled to his chosen counsel due to his longstanding history with Steel.  Steel testified saying “ If you choose to remove me from the representation of Jeffery Williams – I have been with him for countless (years) and I know his entire life.”

Judge Glanville questioned the Steel conflict asking “How can he represent Mr. Williams and Mr. Blalock at the same time?.”  Nevertheless, the judge did move to deny the motions to dismiss Brian Steel due to a conflict of interest and warned of a future “strong possibility that may require re-evaluation” of the question of conflict in the future.

In the interim, the Judge will have a waiver proceeding on August 18th at 9am to allow the court to inquire of each defendant as to their agreement to be represented by Brian Steel in spite of potential conflicts of interests.  The judge demanded that all defendants represented by Steel present themselves in person to waive any conflict of interest.

January 9, 2023 is the trial date currently set to hear the RICO case. 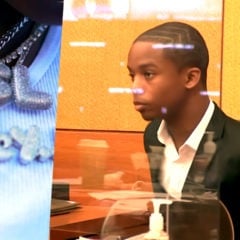 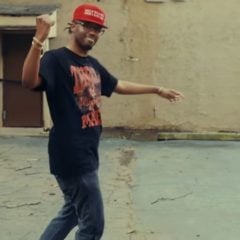